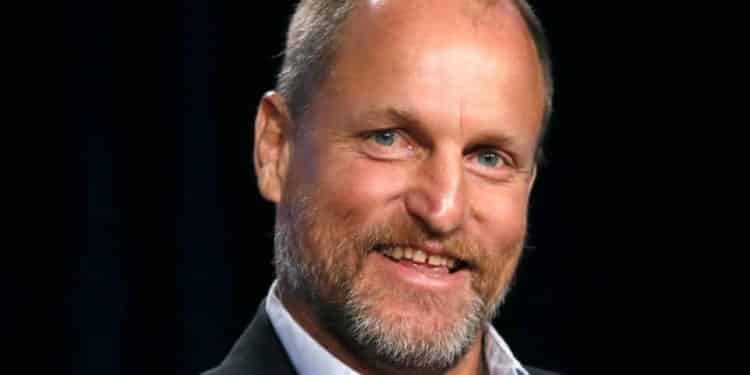 Dads are far more than just labour support; they play an important and active role in the birth of their child. A man’s role and involvement begins long before the contractions start. Even though outdated stereotypes may tell you otherwise, dads are now just as involved in the research, planning and decision-making processes of birth. Long gone are the days of childbirth being a concern for women; it’s now a team game as couples prepare to share this peak experience.

Home births are relatively rare in western society. Recent statistics indicated that the number of home births are around 1.5% in the US, 1% in Australia and 2.5% in the UK. Yet the number of people choosing to give birth at home is slowly rising, and as with all trends, celebrities are helping to lead the way. In fact, celebrity homebirth dads are more common that you might think.

The following celebrity homebirth dads chose to welcome their babies in the comfort of their own home:

The Hunger Games actor and his wife, Laura Louie, opted to have not one, but three home births! The couple welcomed each of their three daughters at their family home in Hawaii, the same home in which the couple held their wedding ceremony.

Actor Taye Diggs and his wife, actress Idina Menzel (yep, Elsa from Frozen is totally on board with home births) chose a natural labour at home for their son. During a television interview with Ellen Degeneres, Taye described the experience:

“No drugs. She is a warrior. I was holding her hands and cheering her on. I said I would look two times. I would look when the baby was crowning, and I wanted to look right when Walker came out. And then when he came out, all of a sudden it was like my inner gangster came out. I was like, ‘Yeah baby, that’s what I’m talkin’ about, that’s my boy!’”

You can’t get more masculine than Die Hard, can you? Not many people would walk over to John McClane and announce that home births are for hippies, would they? Bruce Willis and Demi Moore welcomed all three of their children in the safe and relaxing environment of their home.

Comedy actor, Owen Wilson and his then-girlfriend, Jade Duell, wanted their son to be born into a relaxing, calm and safe environment. The couple decided that their home was the ideal place for the birth. After announcing this before the birth, the couple were slated in the press for choosing a home over a hospital birth. The couple wisely ignored the naysayers and just a few days later welcomed their son at home in Maui.

The ER star is a big supporter of home births, and has even become a home birth activist since the birth of his son, Owen. Noah and his wife, Tracy, were keen to have their son at home because they wanted a peaceful and calm start to his life. In particular, they wanted to be away from the glaring lights of a hospital room, the hustle and bustle of a ward, and the lack of privacy.

Another much-loved TV doctor chooses to give birth away from the hospital. The actor who played Dr Cox and the hit show Scrubs, and his wife, Nicole, decided on a home birth to bring their daughter into the world. As a doula, Nicole was experienced in attending births and knew exactly what she wanted for her family. With the help of a midwife, John and Nicole’s daughter, Billie Grace, was born in a birthing pool at the family home.

American rock musician, Nick Hexum, had a pretty exciting home birth experience when his wife, Nikki, went into labour. Though the couple had planned to have a midwife attend the home birth, Nikki’s labour was much faster than expected and the couple ended up with an unassisted delivery. In an interview with People, Nick said: “After Max’s head popped out, the delivery stalled for the next couple of contractions. The baby’s head was blue and the umbilical cord was wrapped around her neck… I reached my fingers in there and felt the shoulders and rotated the baby back and forth… And with the next contraction, Maxine slid out smoothly… I jiggled her around until I heard a ‘wahhh!’ It was an amazing moment.”

John Travolta and his wife, Kelly Preston, chose to have their second son at home. As Scientologists, John and Kelly were keen to practice the religion’s ‘quiet birth’ method. The aim is to try and create as peaceful, relaxing and quiet an environment as possible, with talking kept to a bare minimum. Where better to create that experience than at home?

To those who have watched an episode of Man Vs Wild, this one may come as no surprise! Bear Grylls, the host of Man Vs Wild, is another fellow celebrity homebirth dad. He actively supported his wife, Shara, to give birth on their houseboat. Both Bear and Shara aren’t fan of hospitals, and figured a homebirth would be ideal.

In Men’s Journal magazine, Bear was quoted as saying: “Shara was amazing. Girls are so great in a big crisis. I’ve seen it in the mountains, too. Men are all great when it’s quite comfy and there’s lots of bravado, but when the shit really hits the fan, it’s the women who often come through.”

So, what did he think of the homebirth? “It was absolutely brilliant.”

Actor Hugo Weaving, who starred in V for Vendetta, the Matrix, Lord of the Rings and many other big screen movies had a homebirth with his partner, Katrina Greenwood. Not only did they have a homebirth, but they were three weeks post dates at the time. The pair decided on having a homebirth the night before their son, Harry, was born in 1988. After the homebirth, which involved 12 hours of labour, the family all slept together in a big bed, a moment that was very special for both Katrina and Hugo. The positive experience led to Katrina becoming trained in birth education.

Funny man Jim Gaffigan, hailing from the United States, not only has 5 children, but he’s had a homebirth too. Jim is fast becoming known around the world for his blatantly honest, real life humour about family and everyday life.

In the hilarious skit below, Jim talks about his parenting and homebirth experience. It’s a must watch!

WOW! See What This 13 Year Old Wants To Be