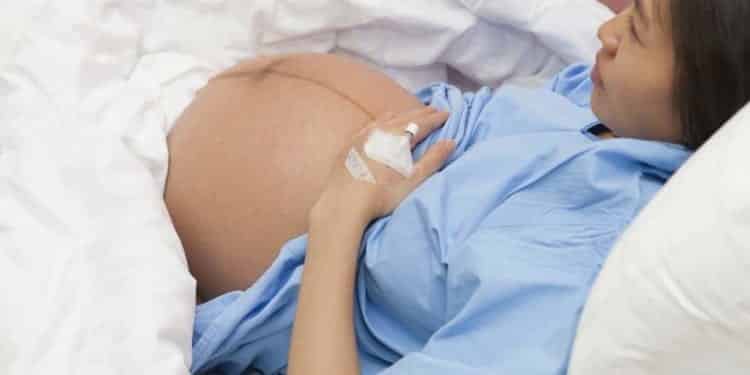 C-sections are one of the most common surgeries performed globally, yet there are still many misconceptions about the procedure itself.

For women being told by their caregiver that a c-section is necessary for their baby to be born safely, it can be difficult to determine what is fact and what is myth.

Many mothers are told of the dangers of attempting a vaginal birth after a c-section (VBAC) but are not aware if they have any alternatives.

If women are not informed of their choices about VBAC versus repeat c-section, they are not able to make a truly informed decision about the best birth choice for themselves and their baby.

Without all the relevant information, a woman is more likely to follow the recommendations from her caregiver, which may in fact be non-evidence based and caregiver preference. This is not giving true informed consent.

For those women who prefer to trust the experience of their doctor, having no alternatives may not be an issue. It may be easier to accept their doctor’s recommendation and not take on the responsibility of any other choices. For those women who want to try for a vaginal birth, not being supported by their doctor in this choice can be extremely challenging. She may feel that she has no other choice but to accept a repeat c-section because there are no alternatives being offered.

Here are 4 of the most common c section myths that you may have heard.

C Section Myths #1: “Your Baby’s Head Is Too Big To Be Born Vaginally”

Perhaps you have been told your baby’s head is thought to be too large to be born vaginally or your pelvis is too small for your baby’s head. The medical term for a baby unable to fit through its mother’s pelvis is cephalopelvic disproportion (CPD).

True cases of CPD today are actually very rare and when it does occur it is often due to an existing injury or a condition the mother was born with (congenital abnormality). Research shows that it is almost impossible to diagnose CPD before labour is well underway, nor is it easy to predict which women is at greater risk of CPD.

During the 18th and 19th century, polio and rickets affected much of the population, causing changes to women’s pelvises, making CPD a common occurrence and resulting in loss of life during childbirth. CPD became the most common reason for performing a c-section until the standard of living improved and pelvic anomalies became rare.

However, women are still told their pelvis is too small or their hips are too narrow to deliver a baby naturally. This is non evidence based information as the external features of the pelvis do not indicate how wide the internal area of the pelvis (pelvic inlet) is, and it is this area that is the real determiner of whether a baby can be born vaginally or not.

If a woman’s labour fails to progress and she requires a c-section, the assumption is because her pelvis could not accommodate her baby’s head. This is not a true diagnosis of CPD and blames the mother’s body for ‘failing’ rather than looking at her care during labour.

If the woman was induced and not progressing fast enough according to a chart her caregiver may decide the baby is too big. In other situations, the baby’s head is not positioned well, which can slow down labour. If the second stage (pushing) goes for a long time a doctor may decide the baby is too big and schedule a c-section. Pushing can be difficult with an epidural in place, or if the mother is restricted in her movements, such as continuous fetal monitoring keeping her lying and confined to a bed.

Diagnosing CPD rarely happens before labour has begun. If CPD is suspected, a pelvic examination and possibly ultrasound to determine baby’s estimated size may be performed. If an accurate diagnosis of CPD is made then c-section is the safest option for birth for mother and baby. This does not mean you cannot wait for labour to begin naturally, unless there are other medical reasons not to.

If a woman has been given CPD as a reason for her c-section it is assumed that future pregnancies will require an elective c-section, despite the large body of evidence to show VBAC is an option. There are many cases where women have had a CPD diagnosis have gone on to vaginally birth babies bigger than the previous one born via c-section.

In the late 1960s, the c-section rate was less than 5% in countries like Australia, UK and the US. Most c-sections during this era were performed because labour didn’t progress and it was assumed the baby was stuck. Either the mother’s pelvis was thought to be too small or the baby too big. In the future, she would have a repeat c-section. Vaginal birth after c-section (VBAC) was deemed too risky and as a result the c-section rates began to rise.

Research now tells us that VBAC is an appropriate and safe choice for most women who have previously had a c-section. Vaginal birth has less risk to mother and baby than c-section birth and recovery after a vaginal birth is usually faster and less painful. Your baby is also less likely to have breathing problems after a vaginal birth. Women often have a great sense of emotional satisfaction and healing after a VBAC and will likely go on to have vaginal births in the future.

For more two or more c-sections, the risk of uterine rupture is slightly increased and caregivers are often reluctant to consider VBAC an option for these women.

If you consider the statistics on uterine rupture (the main concern given for VBAC) you can see it happens very rarely, even for women who have had two or more c-sections. In a VBAC with one previous c-section it occurs in 7-9 women per thousand. For women who try for a VBAC after two or more c-sections, the number increases slightly to 9-11 per thousand for women. What you may not know is that uterine rupture can also occur during repeat c-sections, for about 4 -5 women per thousand.

It is challenging to find a doctor who is willing to support a mother through labour after she has had two or more c-sections. Most hospitals support VBAC after one c-section unless there is a clear medical reason that vaginal birth would endanger the life and wellbeing of a woman or her baby.

Some women who have had c-sections (especially multiple) may feel they prefer to stick with a birth method they are familiar with and have no interest in trying for a VBAC. Other women feel that they may be too disappointed in trying for a VBAC and having another c-section. Discuss your options and feelings around VBAC with your caregiver and do your own research to make the best choice for you.

C Section Myths #3: “You Cannot Birth At Home After A C Section”

Some women believe the best way to ensure they will achieve a successful VBAC is to choose to birth at home. They may feel their c-section was a result of a cascade of intervention or an impatient caregiver and want to avoid those factors in the future.

Women who choose to homebirth feel they will be safer and better cared for if they are not in a busy hospital environment, and will not be subject to time frames and policies that hospitals place around ‘trial of labour’ for VBAC. Continuity of care with a known midwife provides a sense of being more closely monitored, as the midwife is only caring for one woman.

In the hospital a midwife can be supporting other labouring women at the same time. A homebirth midwife does not have any other distractions and can focus completely on the woman’s labour, picking up any concerns and acting quickly. Continuity of care with a known midwife ensures a trusting relationship has been built during a woman’s pregnancy.

There have been many studies demonstrating the safety of home birth but these studies have not specifically looked at women who have had past c-sections. A VBAC is not considered low risk in relation to the slightly increased chance of uterine rupture as outlined above.

However, it is a woman’s right to decide where to give birth in relation to her specific circumstances. She should be as informed as possible about all risks and benefits for the setting she chooses, home included. All women can choose a home birth regardless of her risk status. The challenge is finding a caregiver who will support a woman not considered low risk at home.

If you do choose to VBAC at home, it’s important that you are still able to easily transfer to hospital care during your pregnancy or labour, if your circumstances change medically, or you feel safer at hospital. Place of birth should be a solely individual choice and not one made under pressure from others.

C Section Myths #4: “A Classical Scar Is A Contraindication For VBAC”

There are three different types of incisions that can be used to perform a c-section:

The LSCS is most commonly used for c-section birth. The lower segment of the uterus has fewer blood vessels meaning less blood loss when cut. It also has thinner muscle that is less active in uterine contractions, so the scar is less likely to rupture during future labours.

Classical incisions are generally only used for certain situations, such as a true medical emergency and needing to deliver the baby very quickly or the baby is premature and the lower uterus is not yet high enough. A classical incision cuts through much thicker muscle in the uterus and increases the risk of complications from the surgery, as well as greater blood loss. The scar from a classical incision is considered to be weaker and more likely to rupture in future labours.

Generally women who have a non-LSCS scar will be told they cannot attempt a VBAC because of the higher risk of uterine rupture. The statistics vary but appear to be between 1-10% for classical incision compared to 0.3-0.7% for LSCS. Women who do have a non-LSCS scar and wish to have a VBAC should be given all risks and benefits of both vaginal and c-section birth in order to make the best decision for their own situation, taking into consideration the reason why a non-LSCS was required previously.

How To Support Someone After A Miscarriage Or Loss

Phantom Pregnancy: 11 Things You Should Know