Ibuprofen And Breastfeeding | What You Need To Know 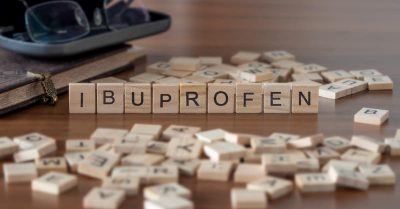 There’s a number of reasons any person might need to take medication for pain relief, and the same goes for nursing mothers.

Some breastfeeding women might be concerned about taking pain relievers, in case the medication appears in their breast milk and causes adverse reactions in their babies.

Due to lack a lack of information about the safety of maternal medication, many mothers put their baby’s health before their own and avoid taking pain relief or other drugs while they are breastfeeding.

It’s not necessary to avoid prescription or over the counter (OTC) pain medicines completely, if you are breastfeeding.

There are a number of medicines that are safe for use while breastfeeding.

This article discusses the use of Ibuprofen for breastfeeding women.

What is Ibuprofen used for?

Ibuprofen is a commonly used analgesic or antiinflammatory agent.

It belongs to a group of medicines called NSAIDS (non-steroidal anti-inflammatory drugs).

These medicines are typically used to relieve pain from headaches and muscle aches, to reduce inflammation, to relieve cold and flu symptoms, and to bring down high temperatures.

Ibuprofen is available over the counter without a prescription.

Is it safe to take Ibuprofen while breastfeeding?

Maternal Ibuprofen use is considered safe for breastfeeding women.

Ibuprofen has a short half-life, which means it is broken down quickly and easily in the body. The amount of Ibuprofen available in the breast milk of nursing mothers is well below the relative infant dosage.

Early studies attempted the measurement of Ibuprofen in single milk samples but failed to detect any measurable levels.

A prospective follow up study using a more sensitive assay found Ibuprofen in human mature milk (maternal dosage of 400mg 3 times per day for 2 consecutive days) in the following concentrations:

There were no adverse effects on breastfed infants reported in the study.

The results confirm that the transfer of Ibuprofen into breast milk decreases with the protein concentration and the duration of lactation and that the use of Ibuprofen is compatible with prolonged breastfeeding.

To help minimize your baby’s exposure, you should not exceed the recommended daily maximum dose of Ibuprofen.

Taking Ibuprofen while breastfeeding | is it recommended?

Of the nonsteroidal anti-inflammatory drugs (NSAIDs), Ibuprofen is preferred over others because it has poor transfer into milk. With prolonged use, other long half-life NSAIDs can potentially accumulate in babies.

Apart from the level of Ibuprofen secretion into human milk being quite low, it is also considered a safer option than cold and flu tablets or aspirin for nursing mothers.

Aspirin is only recommended in low doses in breastfeeding women, due to a rare but serious condition called Reye’s syndrome.

Reye’s syndrome is a sudden and acute illness that causes failure of the mitochondria (parts of the cells of the body).

Peer reviewed studies have found a consistent association between Reye’s syndrome and the use of aspirin in children with a viral infection.

There are no recorded fatalities from Reye’s syndrome that have been linked to breast fed infants exposed to aspirin.

The Royal Women’s Hospital information about Medicines In Breastfeeding recommends avoiding cold and flu tablets that contain pseudoephedrine or phenylephrine, as these can potentially reduce breast milk supply.

If you have cold and flu symptoms while you are breastfeeding, your healthcare provider might suggest you take Ibuprofen to manage your symptoms.

There are a number of safe medications for breastfeeding women that can be bought over the counter; however, there is limited published information relevant to breast milk for some of these.

For that reason, the labels on the packaging for some of these medicines might show a blanket statement that says they are unsafe for breastfeeding women.

If you want to double check the safety of an OTC medication, your pharmacist can look it up for you, on a lactation database. These databases give a classification for each drug, which indicates its level of safety for use in nursing mothers. Whether or not a drug is suitable for breastfeeding women is dependent on many different factors, including:

Sometimes, a patient’s dose can be adjusted to reduce the amount of medication that fully breastfed infants could be exposed to. Large doses of any medication can have adverse effects on mothers and infants.

For more information about safe medications for breastfeeding mothers, you can read BellyBelly’s article What Pain Medication Is Safe While Breastfeeding?

You can also refer to these evidence-based guidelines.

If you are unsure about taking any medication while breastfeeding, it’s best to seek professional medical advice.

Emily Brittingham is an International Board Certified Lactation Consultant (IBCLC) and volunteer Breastfeeding Counsellor with the Australian Breastfeeding Association. Emily is mother to 3 beautiful children and is expecting twins in 2021.