If you’ve ever suffered from mastitis or blocked milk ducts, you know only too well that you would try absolutely anything to make breastfeeding pain-free.

Blocked ducts can be incredibly painful and leave your chest feeling hot and tight.

Mastitis brings the added joys of a fever and flu-like symptoms.

And the best way to clear both problems is to keep feeding from the affected breast – something that’s hardly appealing when you feel like your boobs are on fire.

Not surprisingly, mama chat rooms are filled with women sharing tips and hacks to try to fight these breastfeeding problems.

One Australian mama who was enduring a painful bout of blocked milk ducts ditched the traditional ‘cabbage leaves in your bra’ hack and instead turned to a sex toy for help.

After suffering with mastitis four times, 21 year-old Danielle said she was willing to try anything when she got blocked ducts.

Like so many modern mamas, she went to a Facebook group for advice, and saw people recommending the use of vibrators to clear blocked ducts.

Apparently this is common knowledge. A Reddit thread from the previous week had everyone nodding in agreement. 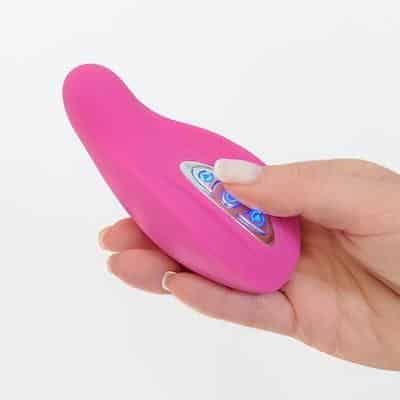 Keep in mind, though, that most of the time breastfeeding problems are preventable.

Blocked ducts can be caused by improper latch, oversupply of milk, tongue-tie, restricted feed schedules and a white spot on the nipple that prevents milk from flowing freely.

Take a look at this BellyBelly article about blocked ducts to find out other tips and tricks for clearing the blockage.

Not sure if it’s blocked ducts causing the pain?

Check out this article that details other possible causes of painful breastfeeding.

Apgar Score | What Is It?

How To Burp A Baby | Newborns And Sleeping Babies