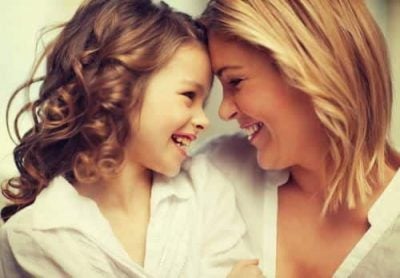 In response to an article published by Sarah Sedghi on Saturday 23rd August, titled: “Crap Australian parents raising a generation of spoilt brats by not setting boundaries, psychologist warns,” which has sadly gone international :

I can see that you’re passionate as I am about changing the state of parenting in Australia – worldwide perhaps.

However, I believe labelling Australian parents as ‘crap’ will only serve to do more harm than good. Why would anyone want parents (of a whole country!) to feel like dismal failures? I don’t know of any parent who decided that their life goal was to be crap at parenting.

But just like smacking, many parents resort to their parenting habits because they just don’t know what else to do. They have an empty toolbox.

Who do we first learn about parenting from? Our own parents. Many of us haven’t had ideal role model parents either. Many baby boomers are still trying to sort their own lives out. Divorce is rife and some of them have been married multiple times ” no-one is perfect.

I’ve seen parenting that makes me squirm, no matter what the demographic might be. From parents who treat their children like animals and drink all day (with DOCS involved), to parents treating their children as annoying inconveniences that should behave and act a certain way. I’ve also seen a number of distressing videos shared on Facebook from around the world, including an Asian mother beating her toddler with what appeared to be a firm pillow, while he cried facedown on a bed. Every time he would look up she’d pound into him again while he buried his sobbing little face. That stuff is just horrific to see and it breaks my heart. Parenting has its challenges all over the globe.

All parenting behaviours form beliefs and personalities that these little kids are going to grow up with. Sometimes they are the same types of behaviours that have been passed down for generations.

I realise media and public relations are vested in sensationalising things because it makes them money. But I think something more constructive to have put forward for the betterment of Australian parenting would be to strongly encourage parents to reach out for help if they need it. At least encourage them to attend parenting courses, or even lobby the government to make the good ones (like Parent Effectiveness Training) more affordable and accessible. Let’s do something positive with our concerns and the audience we are able to reach. I do believe in the law of attraction – what you give your attention and focus to, grows. You see more of it. This is why you’d never see Mother Theresa at an anti-war rally.

Quote: “Parents don’t do anything about it because they’re frightened of being seen as bad parents or frightened to say no.”

I gave birth to my first of three children when I was young by today’s standards – and while I was awash with love for my beautiful little girl, I felt utterly clueless. I guess I was one of those parents you are condemning in your article. I had so much to learn, but my worst fear was that my own children wouldn’t be very close to me. I didn’t want to mess up and get it all wrong. I was worried about not showing them enough love and comfort, until it made me exhausted and sick. It was no help that my ex-husband worked ridiculously long hours and I was pretty much alone – and depressed. How are you supposed to stop this process (journey) from even happening? I didn’t realise it would make me a bad parent feeling the way I did. If I didn’t have that journey, it’s likely BellyBelly wouldn’t even exist today.

Personal growth and development is something we all need to be responsible for, and it helped me to move on. But being a mother, I saw and lived the huge temptation to be a friend before a parent – because all any parent wants is a friend, when all there seems to be is judgment, everywhere they turn.

Let’s get to the real issue…

Society is screaming out for connection and love. Of course we want our kids to approve and love us. But instead, many parents are experiencing a lack of love, joy and connection in their own lives. As you mentioned in the article, many families have travelled and live away from their own family. There are no ‘wise elders’ around us any more. But there is so much more to it. Partners are working longer hours and away from home. We’ve lost the community beyond our own family. There are so many electronic distractions (and as a result, new forms of addictions) in this digital age that so many people are feeling lost, unfulfilled and empty in general – and they don’t know why. They feel disconnected and out of touch, with no tools to get themselves back on track – because they don’t even realise they need them.

I am always publishing information to help parents and parents-to-be learn ways to connect with their children (from pregnancy), to find time to disconnect from the noise of everyday life, and to reconnect with their partners. When we get this right, parents have more confidence and joy. Then, we can start to see things change. Not when you call parents crap.

I realise you’re the doctor…

Some parents are dealing with several of these problems all at once. For many of us, it can be too much to bear, and there’s little or no help available from family and/or little or no money to get the help they need to get ongoing help. With so much going on in our lives as parents of this generation, it can sometimes lead to decision paralysis. Sometimes we just don’t know what to do or say to solve a problem. In addition, if you have any of the above life problems going on, it’s easy to feel a little out of control. Heck, I have been blamed and attacked for my children’s behaviour when my daughter was diagnosed with selective mutism, and my son with sensory processing disorder. Both are very misunderstood conditions (which can be frustrating if you don’t realise) and little are known about them. So I would really take people’s criticism to heart – I started to wonder if it really was my fault and they needed more discipline. They both needed love.

I do worry that parents may get the wrong idea about boundaries. I agree that children need them, but parents are confused on how and when to set them. For example, many parents believe smacking is acceptable ” polls often report that well up to 90% of parents agree with it as an acceptable method of discipline or as a warning system. This does not solve the problem.

Also, it is important for babies to get plenty of comfort, closeness and the ability to lead the way with feeding and holding, when there is already the belief that it is ‘spoiling’ a baby or creating a rod for your own back to do so. Too many ‘experts’ advocate baby training, which is not healthy for small babies who need their parents. I think the solution lies in education, but parents are often too time poor to be able to read a good parenting book or two ” it really needs to happen before they have children. But at that point, all they really want to know about is pregnancy and birth. So for parents in trouble – lets find some solutions and work hard towards them.

We want to raise great kids. We want to be great parents. But telling parents they are crap is like telling a woman with an eating disorder that she looks fat in the most comfortable pair of pants she owns. New parents are starving for help. They dream of being that ‘perfect’ parent, yet they have no idea how to get there – and you know what, they never will, because there is no such thing. Too much information and conflicting information is overwhelming. Everyday life is overwhelming for an increasing number of families. We’d love nothing more than to bring back the community and feel like competent parents who are proud of our efforts. But until then, I think its unfair to say we’re doing a crap job. Many of us are working hard to be the best parent we can be, while balancing life’s many day to day challenges.

Ps. Just thought I would throw in that my kids are super awesome. Independent, smart, funny and loving little beings. I don’t think I have ruined them with hiccups along the way – but whatever they have taken from me, I believe that we all have our journey. Just like myself (and everyone else on the planet) my children will no doubt have big (and little) things they will need to work on as they become adults. But, that’s all part of the human experience – including the pride and freedom when you overcome your biggest emotional hurdles which are your life ‘story’.

How To Swaddle A Baby | A Step By Step Video

10 Things Your Crying Baby Wants You To Know

10 Things Your Crying Baby Wants You To Know