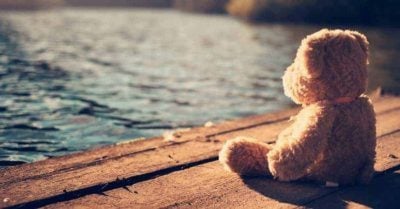 A leading miscarriage charity is hoping to halve the number of early miscarriages by 2030.

Tommy’s, a charity that funds research into stillbirth, miscarriage and premature birth, is due to open the UK’s first dedicated early miscarriage centre in April.

The aim of the project is to understand better the causes of miscarriage, the ways to prevent it, and how best to manage aftercare. The centre also hopes to research the likelihood of recurrent miscarriages for women.

The centre will consist of three clinics, allowing 24,000 women per year to participate in research studies, and access treatment and support. The centre will also develop a training programme, so that doctors and nurses can learn more about miscarriage aftercare and support.

Miscarriage is a heartbreaking experience that affects as many as 200,000 pregnancies each year. The cause of most miscarriages is unknown, leaving devastated couples without the answers they so desperately want.

The NHS currently refers women for specialist advice only after they have experienced three miscarriages, but Tommy’s hopes to make miscarriage treatment more accessible and affordable for the NHS.

The charity has already laid out what the centre hopes to achieve in its first years. Researchers will investigate genetic causes of miscarriage, and look into the role bacteria play in miscarriage.

Using sophisticated technology, researchers will also develop a prediction model that can assess a woman’s individual risk of miscarriage. Finally, the centre will identify best practice methods for providing aftercare to women who have experienced miscarriage.

Jane Brewin, CEO of Tommy’s, said: “Medical science doesn’t fully understand miscarriage, which is why funding and research is so critical. Through pioneering medical research, Tommy’s clinicians will save babies’ lives by turning their discoveries into screening tests and treatments and launch clinics for pregnant women who are most at risk, giving them the latest improvements in care.”

Professor Arri Coomarasamy, from the University of Birmingham, said: “Miscarriage is the most common complication of pregnancy but also a deeply personal and often isolating experience for women and couples. Many questions remain unanswered. Here in Birmingham we’re determined to find the answers.”

Are Your Kids Overdosing On Sugar? A Shocking Short Video