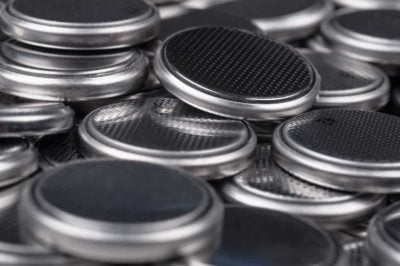 Button batteries can be found in most homes.

And yet, you may not know what they look like or be aware of the dangers of having them in your home.

Button batteries are small and round in appearance, not unlike a button. If swallowed, the batteries can cause fatal injuries in just a few short hours.

Tragically, a number of children die each year from injuries caused by swallowing button batteries.

Just a couple of days after Christmas, an Oklahoma toddler died after swallowing a button battery. Brianna Florer was a two year old with adorable blonde hair and big brown eyes. Like many other two year olds, she loved Frozen and Minnie Mouse and was busy learning how to talk. After spending a perfect Christmas with her family, the toddler became seriously ill on the 27th December. Brianna vomited blood and turned blue, her parents immediately phoned for an ambulance and Brianna was transported to a nearby hospital.

Her family don’t know when she swallowed the lithium battery, but doctors estimated it could have been as many as six days before her death. The devastated family are now raising awareness of the dangers of lithium batteries, in the hope of preventing this tragedy from happening to another child.

Writing on a gofundme page set up to raise money to cover the cost of Brianna’s medical bills, a friend of the family wrote: “The family doesn’t want this tragedy with Brianna to happen to any other child or family. Please be sure to share her story with all your friends and loved ones so that they will take precautions.”

In many cases of swallowed button batteries, the battery simply passes through the body without problem. However, in younger children especially, there is a risk that the battery will become lodged in the esophagus. If this occurs, the battery may produce an electrical charge within the body. This in turn can cause the body to create caustic soda, the strong chemical sometimes used to unblock drains, which can burn through tissue causing internal bleeding.

Make sure button batteries are always kept out of reach of children within your home. It’s also important to educate your children about the dangers of these batteries. If you think your child may have swallowed a lithium battery, you should seek medical help immediately.

Recommended Reading: Take a look at this inspiring new accessory that could save the lives of babies trapped in hot cars.