Are Women Losing The Ability To Give Birth Naturally? 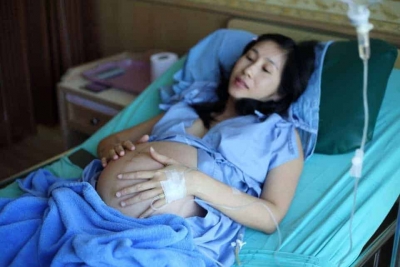 In his forthcoming book, Do We Need Midwives?, Dr Michel Odent explores how today’s birth culture is potentially altering the way women will be able to birth in the future.

Dr Odent, who has long championed natural, undisturbed birth in all settings, believes that the use of synthetic oxytocin to artificially start labour is interfering with the natural production of oxytocin in women.

Oxytocin promotes uterine contractions in labour, is important for breastfeeding and is involved in the bonding process that happens after birth. Synthetic oxytocin does not cross the blood-brain barrier and disrupts hormonal production during labour, especially natural oxytocin and endorphins. For more information about labour induction read this article.

Dr Odent believes a reduced production of natural oxytocin would affect women’s ability to give birth naturally and to breastfeed, and is reported in The Sunday Times as saying research that shows women are experiencing longer labours today than fifty years ago ‘demonstrates that women are losing the capacity to give birth.’

Dr Odent has spoken out in the past about his concerns that c-sections and inductions interfere with natural oxytocin production. At a conference in 2006 he created some controversy by stating elective c-sections were disrupting the bonding between mothers and their babies after birth.

“Oxytocin is the hormone of love, and to give birth without releasing this complex cocktail of love chemicals disturbs the first contact between the mother and the baby…What we can say for sure is that when a woman gives birth with a pre-labour Caesarean section she does not release this flow of love hormones, so she is a different woman than if she had given birth naturally and the first contact between mother and baby is different.”

A small study confirms Dr Odent’s statement. Brain scans of women who had c-sections showed they had lower levels of activity in the part of their brains that is linked to empathy and motivation than those who had birthed naturally. The researchers involved in the study noted that women who are having c-sections are missing on the hormones that prime them for motherhood, such as oxytocin because it occurs in high levels during labour and even higher levels in the moments after a vaginal birth.

This is not at all to say if you give birth any other way than naturally, you wont love your baby. But what we do know that intervention does interfere with the normal, biological process of childbirth.

See the below clip from the late Dr Marsden Wagner, a former director of the World Health Organisation, where he discusses how there are rarely studies into the long term effects of labour interventions. This clip is from the documentary The Business of Being Born, which is a MUST watch for expectant parents.

With high intervention and c-section rates across so many industrial countries it is not a stretch to imagine a future where women will no longer have the ability to birth naturally without assistance, or midwives who have little to no experience of normal physiological birth. Are we able to halt the process of changing the way we birth before it is too late?

Here are 9 changes we must make to increase the vaginal birth rate.

You can pre-order Dr Odent’s book Do We Need Midwives? which is due to be published mid 2015.