How Long Should I Wait Before Clamping The Umbilical Cord? 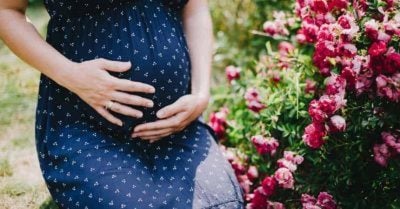 When you were growing up, if you ever watched a birth in a movie or TV show, chances are it was a rushed scene, where baby came flying out, and the umbilical cord was quickly clamped and cut. If it was a scene showing an unexpected fast birth in public, a passerby almost always had a shoestring available to clamp that cord straight away.

Immediate clamping and cutting of the cord was a very common part of birth in the 20th century and the early part of the 21st century. If common practice were any indication, it would seem that immediate cord clamping is a necessary part of a healthy birth.

But what does the evidence say?

How Long Should I Wait Before Clamping The Umbilical Cord?

The birth of a baby is a unique experience for a mother. Despite that, at some point, birth in western culture shifted more towards a ‘one size fits all’ approach. Birth became part of a systematic routine of care. Reach 10cms. Push as hard as you can to birth baby. Clamp and cut cord. Whisk baby off to be weighed and swaddled.

It became standard practice to clamp and cut the umbilical cord immediately. It was so routine, in fact, that many people assumed it was absolutely necessary to cut the cord quickly, and possibly dangerous not to.

When a pre-term or unwell term baby requires ventilation or other assisted breathing, however, immediate cord clamping is probably necessary so baby can be moved to receive care.

As early as 1995 we began to realise that up to 32% of baby’s possible blood volume remained in the placenta and umbilical cord at birth. Clamping immediately means less blood volume for new babies, which can increase the risk of iron deficient anaemia in the first 6 months of life.

Waiting until at least 2 minutes after birth to clamp the umbilical cord means an increase of 27-47mg of iron for infants. That amount of iron is equivalent to 1-2 months of infant iron supplements.

The World Health Organization (WHO) recommends waiting at least 1-3 minutes to improve infant health and reduce the risk of iron deficient anaemia. Immediate cord clamping is defined as clamping occurring within the first minute after birth. The WHO only recommends this if, due to asphyxia, baby needs to receive extra medical attention that cannot be performed on or near the mother.

Studies show that delayed cord clamping is beneficial across the board; however, it can be even more important for certain infants. If baby has a low birth weight, is preterm, or is born to a mother who is anaemic, the benefits are very much greater.

There Are No Problems Caused By Waiting Too Long

While delayed cord clamping means the cord isn’t clamped until at least 1-3 minutes after birth, there is no need to clamp within that time frame.

Assuming mother and baby are well, you don’t have to rush to clamp the umbilical cord. In fact, some families choose to have a lotus birth. A lotus birth is when the umbilical cord is never cut, and you simply wait until it naturally detaches from the baby. While there aren’t any proven medical benefits to waiting a few days, or up to a couple of weeks, for the cord to detach, this practice shows that healthy mother-baby pairs don’t need to rush to clamp.

Read more about Lotus Birth: 7 Reasons Why Parents-To-Be Have One

While many families might not opt for a lotus birth, they might choose to watch the umbilical cord for signs that it has stopped pulsating; this signals that all the available blood has flowed back to the baby. Once the cord stops pulsating it often appears a bit limp and white.

Sex After Giving Birth – 10 Things You Should Know

Breastfeeding And Cavities – 5 Facts Worth Knowing

Breastfeeding And Cavities – 5 Facts Worth Knowing