Breastfeeding And Multiple Sclerosis – What You Need To Know 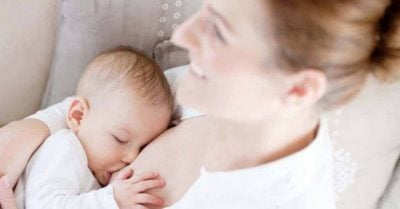 MS is characterised by inflammation and demyelination of neurons, and nonspecific brain and spinal cord damage.

The course of MS varies but most patients experience a period of clearly defined relapses followed by periods of complete or partial recovery.

Breastfeeding And Multiple Sclerosis – What You Need To Know

During relapses, patients may experience deficits in a variety of systems (e.g. physical, sensory, visual).

As with most autoimmune diseases, MS affects more females than males.

The most common age of onset is when people are in their 20s and 30s – hence in a woman’s childbearing years.

Medical advancements over the past twenty years have meant health professionals have been more supportive of young adults with MS who wish to start a family.

Hence, women with MS have gained confidence to be able to safely and successfully become pregnant and have a healthy baby.

Given the onset of MS is typically during the childbearing years, it’s important to discuss breastfeeding in relation to MS too.

Well, there’s actually good news in this regard!

Can Breastfeeding Reduce Risk Of MS?

Recent research has provided evidence that women who breastfeed longer may be at lower risk of developing MS.

This research showed women who breastfeed for a total of at least 15 months over one or more pregnancies may be less likely to develop MS compared with those who don’t breastfeed or only do so for up to 4 months.

But there’s even more promising news about breastfeeding and MS.

Exclusive Breastfeeding May Reduce The Risk Of Having A MS Relapse

Further study is needed but there’s some promising research indicating exclusive breastfeeding may help protect women with MS from having a relapse.

More recent research has supported the findings of this meta-analysis.

It has been suggested that lactational amenorrhea may contribute to a reported decrease in relapse rate with exclusive breastfeeding.

Why Depressed New Mothers Aren’t Crazy, But Society Is

The Devastating Reason Why You Should Boycott Balloon Releases

The Devastating Reason Why You Should Boycott Balloon Releases

Hydrocele In Newborn And Babies | What You Should Know