Not Breastfeeding May Increase The Risk Of Leukaemia, But… 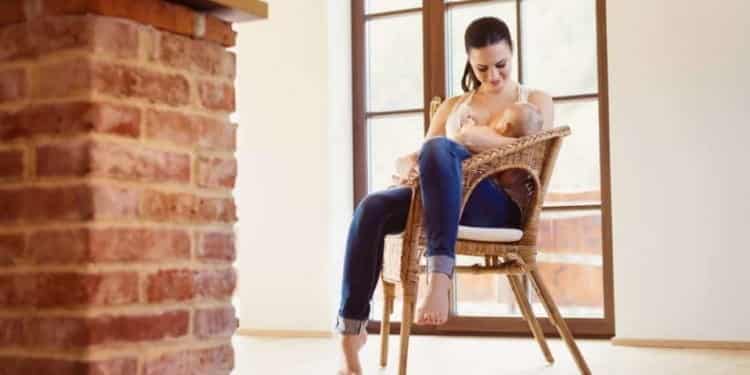 Since breastfeeding is the biologically normal way to feed babies, it’s actually correct to have breastfeeding as the control or benchmark to which other forms of infant feeding are compared.

Therefore, rather than there being ‘benefits’ to breastfeeding, there are risks of not breastfeeding. Hence, in this article, the language reflects this.

It also found that being not being breastfed at all or for less than one month was associated with approximately 12% increased risk of leukaemia, compared with being breastfed for any length of time.

The study was a meta-analysis, which is considered the highest level of scientific research.

A meta-analysis pools together findings from several previously published studies. Three previous meta-analyses on this topic had similar findings, which you can find here, here and here.

How Might Not Being Breastfeeding Increase The Risk Of Leukaemia?

It has been hypothesised that not being breastfed may increase the risk of leukaemia due to the lack of protective effect of various factors found in breastmilk such as antibodies, prebiotics and stem cells. You can see a full list of what’s in breastmilk and what’s in formula here.

Also, the most predominant protein in breastmilk is alphalactalbumin. When this protein was mixed with acid in laboratory experiments, a compound called HAMLET (Human Alpha-lactalbumin Made Lethal to Tumour cells) was made. It is speculated that HAMLET can form in the acidic environment of babies´ stomachs. Laboratory experiments have shown that HAMLET kills 40 different types of cancers. Importantly, HAMLET kills only cancer cells and does not affect healthy cells.

This is yet another good news story for breastfeeding mothers, but may feel like a kick in the guts for some mothers who didn’t or couldn’t breastfeed.

For many mothers, breastfeeding doesn’t come easily. They may struggle through many obstacles until they finally get breastfeeding working for them. For such mothers, a study like this can help reaffirm that their struggle was worth it. All the blood, sweat and tears (sometimes literally all of these things) proved worth it in the end!

However, for a mother who desperately wanted to breastfeed but for whom it didn’t work out, a study like this may bring about feelings of guilt or regret. It is important to remember that the study itself is just a study, it passes no judgement. Researchers simply do not waste valuable money, time and resources to undertake these studies to make us feel guilty, but instead, to help us learn why and how things happen.

From a public health perspective breastfeeding is important. If more babies in our society were breastfed, and for longer, this could have a significant positive health impact on our society on a whole.

On an individual level however, breastfeeding may not be what’s in the best interest of an individual family. When we make parenting decisions that we feel are right for our family, hopefully this will give us confidence to overcome any negative feelings we might get from a study whose results appear to question our decisions. Doing what is right for your individual family is important.

You might like to read our article on the Breast Is Best message, which discusses how it began, why breastfeeding organisations have stopped using it long ago, and who is responsible for continuing the message.

Not being breastfed may increase the risk of many diseases, including leukaemia. Childhood leukaemia is a devastating disease but it is very uncommon. In Australia, 5 out of every 100,000 people under the age of 15 get leukaemia annually.

If no mothers breastfed, a 19% risk increase found by this study, equates to 6 (rather than 5) out of 100,000 children under the age of 15 acquiring leukaemia per year. In other words, one more Australian child out of every 100,000 per year may be get leukaemia, if no babies were breastfed for 6 months or more.

For one parent, who perhaps had another child die due to leukaemia, a 19% increased risk may seem like a significant finding, encouraging them to breastfeed. On the other hand, to a mother for whom breastfeeding challenges are consuming every ounce of their being, then 19% may not seem as significant to them.

The ‘BUT’ Is That More Support Is Needed

For women who were unable to reach their own breastfeeding goals, instead of feelings of guilt, a more appropriate attitude might be frustration that there isn’t enough support for breastfeeding mothers in our society. They might feel annoyed at hospital practices that undermine breastfeeding, or about the lack of paid parental leave, or about the inaccurate information and poor support given by some health professionals. The public health implications of studies like this need to translate into government policies that better help support more mothers to reach their breastfeeding goals.

Travelling With A Toddler – 8 Tips For An Enjoyable Holiday