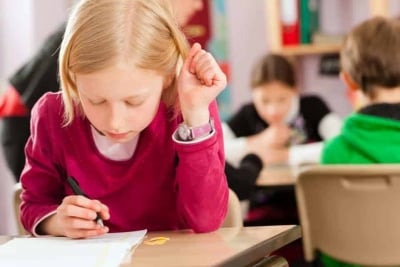 Many teachers wonder how they can improve focus in the classroom, and it’s a dilemma many parents also grapple with at home with their children. In order to maximise learning and get the most out of a class, kids need to be focused and engaged.

Finland, who boasts one of the best public education systems in the world, gives children a 15 minute recess every hour. In the 1960s, the country overhauled its education system, with a focus on ensuring each and every child had an equal start in life.

Education is free, there is minimal standardised testing and class sizes are smaller than in other countries. Formal education doesn’t start until the age of seven, before which free play and time spent outdoors is highly valued. This belief continues long after the children start school, with pupils spending an average of 75 minutes of each school day in recess. This is more than double the average amount of time US children spend in recess during a typical school day.

Far from distracting children from learning, this recess time allows the children to burn off energy, have fun and develop social skills. Once the fifteen minute recess is over, Finnish teachers report that their pupils are once again focused and ready to learn.

The recess takes place outside, weather permitting. Children will play outside in rain, wind, cold and snow, and only really take recess inside if the weather is too extreme. The important aspect about these frequent breaks is that they allow free play. The play is not teacher-led, instead the children are allowed to make their own fun.

Tim Walker, a US teacher in Finland, wrote in an article for The Atlantic, “Throughout the school year, my Finnish students would—without fail—enter the classroom with a bounce in their steps after a 15-minute break. And most importantly, they were more focused during lessons.”

In other countries, recess is becoming more and more limited. As well as restricting the amount of time dedicated to recess each day, some schools also use detention as a way of punishing bad behaviour. This means that children who don’t focus in lessons may be punished by skipping the recess they so badly need.

Physical activity can improve brain function by increasing the amount of oxygen flowing to the brain. This can improve brain performance, something which teachers will see the benefits of. Physical play in the playground could also go some way to improving fitness levels amongst school children. Childhood obesity could be reduced by encouraging children to engage in more physical activity both at home and in the playground.

Free play also gives children the chance to socialise, and to engage in creating their own fun. If children are given the chance to create their own games and play amongst themselves regularly, they are less likely to experience the ‘boredom’ plaguing children who only engage in structured or technology-driven play.

There are plenty of studies to back up the benefit of free play and recess in learning environments. Recess researcher and expert, Anthony Pellegrini, found that fidgeting decreased after recess. Children who receive recess are also better able to focus on tasks during lessons. Recess has also been linked with an increase in productivity and academic attention. It has also been linked with increased self-esteem and problem solving as children are in control of their own activities. Pellegrini also concluded that recess helps children to develop cognitive control.

Many people see play and learning as two separate things, when in fact children learn a lot through play. For younger children, play is one of the best ways to encourage learning, especially when that play is self-directed. As children grow older, play still has an important role to play in learning and education. The recess allows children to learn more efficiently, improve their self-confidence and build strong relationships with their peers.

It encourages children to get outside, think for themselves and engage in physical activity. It’s pretty hard to see the argument against spending more time in this way.

Read BellyBelly’s article ‘Is Your Child Bored? – 4 Tips To Bust The Boredom here.

Circumcision and Parental Rights – Can They Be Taken Away?

Circumcision and Parental Rights - Can They Be Taken Away?