Toddler Remains In A Coma After Choking On A Grape 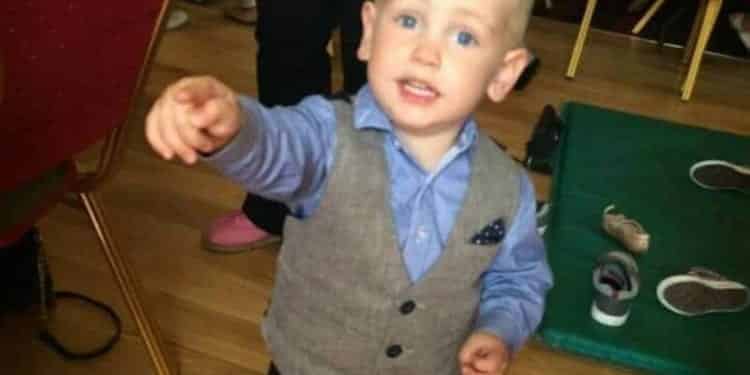 Toddler In Coma After Choking On A Grape

Abigail Wilson and David Jenkins were sharing a meal with their two-year old Jacob Jenkins at a Pizza Hut Restaurant in Hartlepool Marina on Friday, October 9th when a piece of fruit became lodged in the toddler’s throat.

According to Wilson, her son was “gone” for around 30 minutes.

During the ordeal, Jacob’s heart stopped but paramedics were eventually able to restart it.

While they were able to restart his heart, a grape had to be removed from his throat with surgical scissors.

Paramedics acted quickly to restart his heart and remove the grape while transporting him by an air ambulance to the hospital.

Jenkins and Wilson quickly sought help for their son, calling the paramedics as well as seeking help from medics at the nearby cinema.

They were touched by how many stepped in to help. Jacob’s mother appreciated everyone’s efforts, despite the grape needing to be removed by paramedics, saying, “And I just want to say thank you to the staff in Pizza Hut in particular the young girl who was the first aider and the two men from Vue cinema, staff at the Great North Air Ambulance, the James Cook Univeristy Hospital and the RVI.”

Wilson spoke with the local paper where she shared sobering news about her son’s condition, “Doctors have told us if he does wake up he won’t be the same little boy we knew.”

“It’s really hard, but we are just trying our best to stay strong for him.”

While the future is still very uncertain, Wilson and Jenkins have been overwhelmed by support. A GoFundMe account was set up to help them with domestic bills as they remain by Jacob’s bedside. Their account quickly passed £3,700 from over 121 donors. They now have nearly £5,000 from over 167 donors.

Some days with toddlers feel like you’re constantly on alert, hoping to keep them safe as they learn and explore the world around them. One moment you’re worrying about them, the next moment you think you can be confident in their new found skills. Life with toddlers can be quite the emotional and physical roller coaster.

By the time many toddlers are over the age of two, most have been eating for at least 18 months. Many have a mouth full of teeth and can conquer nearly any food. As we move away from easy to swallow purees and opt for regular table foods, it’s difficult to navigate when and how to allow them to explore new foods.

Fruits are a favorite for toddlers, and they’re often easy to chew. Once your little one has a mouthful of teeth, it’s hard to imagine that a grape would be difficult to manage. While toddlers can often chew them just fine, their size, shape and texture make it possible for even the best eater to accidently swallow grapes whole – which can lead to the fruit being lodged in the throat.

For this reason, it’s recommended to cut spherical shaped foods and hard foods in half, or into sizes too small to become lodged – less than half of an inch. Common foods that need to be cut or kept away from children under four years of age include:

Children should also be seated and supervised during meal and snack times. It’s also important to keep an eye on well-meaning older children who might share toys or food with infants and toddlers.

Every parent ensures they have an eye on their children and gives them foods they’ve seen their child handle well before. But unfortunately, unexpected events happen. Some parents find reassurance in obtaining CPR and First Aid training, which includes learning the Heimlich maneuver for children.

In this situation, Jenkins and Wilson, and those around them, did all they could to help Jacob during the unexpected. Jenkins says, “Anyone who knows Jacob knows he is a strong, determined, stubborn little boy and I hope he uses these qualities to pull through for us …we aren’t asking for miracles, we don’t expect perfection, we just want him to stay with us.”

Thanking those supporting the family, he says, “Thank you all still for every word, every picture and every prayer. So, so proud to be from Hartlepool, you bunch of amazing people.”

Update: Since publishing this article, sadly Jacob has passed away. Our deepest condolences to the Jenkins family.

Recommended Reading: Take A Baby First Aid Course – Why, How and Where.

Baby Nurses Constantly – Is It A Problem?