Why We Must Support Children Who Refuse Hugs & Kisses 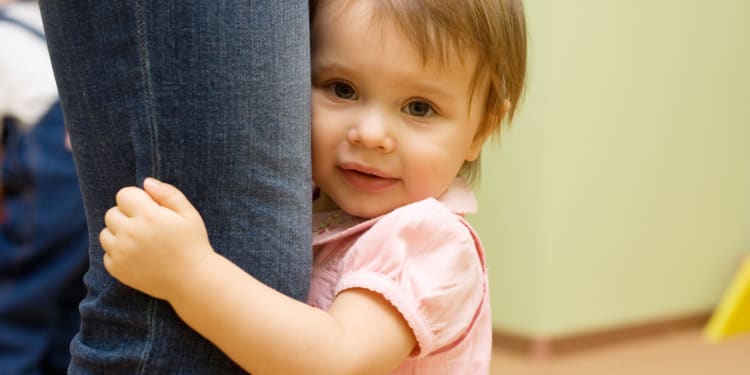 Children are small and dependent, and as a result, we tend to have most things for them. As adults and parents, we also determine ‘how’, ‘where’, ‘what’, ‘when’ and ‘who’ in our child’s lives most of the time, too. This often leaves littlies feeling like they have little or no agency over their lives.

Most of these things are done without much thought in the busy routines of our day-to-day lives. It’s not that your child’s feelings or needs are irrelevant, but the loss of agency and limited opportunities to express independent needs can sometimes unintentionally contribute to your child’s daily challenges.

We insist they should eat something when they tell us they’re not hungry. We tell them it’s okay even when their cries insist that it isn’t, and sometimes we encourage them to cuddle people they don’t want to. No big deal, right? After all, you wouldn’t want to hurt grandma’s feelings.

There isn’t anything wrong with a child, or in fact, a person of any age, refusing a kiss or cuddle. You’ve probably had days where you haven’t felt like being hugged much… only you have the benefit of being an adult and being able to say no. If your child says no to a hug or kiss from a friend or family member, this is a message that should be respected. And as the parent, it’s your job to make sure it is.

Here are 8 reasons why we must support children who say no to a cuddle or kiss:

One of the most important lessons we need to teach our kids is consent. And one thing all parents know is that children learn more by our actions than they do from our words. It’s no good telling your child about the importance of consent if you’re contradicting the lesson whenever it’s time to say goodbye to a family member.

If you truly want your child to understand the importance of consent, then you must respect his wishes when it comes to his body. And this means not forcing him to cuddle your friends, grandparents, or picking him up when he doesn’t want you to.

As a parent, it’s your job to keep your child safe, and this sometimes means he’ll have to do things he’s not happy about. Cuddling grandpa isn’t one of those things. He not wanting to should be enough of a reason that he doesn’t have to cuddle grandpa. You may find it a little embarrassing that he refuses to kiss your mother-in-law, and worry that she thinks you’re doing a terrible job of raising her grandchildren, but that doesn’t override your child’s body autonomy.

#3: He should have control over his own body

You spent nine long months growing your child’s body in yours, nine (or perhaps nineteen!) hours giving birth to it, and countless months nurturing it. But that doesn’t mean you have any claims over it.

One of the hardest realisations parents make is that while they created and nurtured that gorgeous little body and never want to let it go, it does belong to someone else. It’s his body, and he should be free to control it as he wishes. And that means it’s up to him whether he wants to give cuddles or kisses, and if he doesn’t, you should respect that. By giving your child respect over his body, you teach him that everyone should have control over their own bodies. The only way to truly teach this lesson is to practice it with your child. No means no.

#4: It goes against what we believe

Many parents try to respect the wishes of their young children these days. We know that control is a sticking issue that causes a lot of tensions in families. Young children battle with control as they develop a healthy sense of self-identity. They want to make choices and decisions. If we don’t allow this expression of self, young children grow frustrated and emotional. And so many parents offer choices throughout the day. Which cereal would you like for breakfast? What would you like to wear today? Which story shall we have before bed? And yet, when it comes to kissing family members, many parents are falling into old parenting patterns. The choice is taken away, and children are told to do it anyway.

Put simply, nobody should ever have to do anything with their body that they don’t want to do. And being guilt-tripped into it is not a good reason to relinquish control of your own body. And yet, that’s what is happening when we force children to kiss grandma goodbye against their will. They see the sadness on grandma’s face when they refuse, and then the happiness when they are forced into it. And from this they learn that physical contact can make people happy, is that really a lesson we want our kids to learn?

The people we most want our children to hug are usually people who have played an important role in our own lives. Perhaps it’s your favourite uncle or your best friend from university who you wish your child would embrace. And though you may share a deep personal history with that person, it’s important to remember that your child doesn’t. Your child doesn’t have an instant lifelong friendship with everyone you know. In fact, your child is busy making his own friendships and relationships. This doesn’t mean your child isn’t ever going to love your friends as much as you do. It just means he isn’t there yet. Give it time, let him get to know them and, most importantly, let him lead the situation. That way, when he does reach out for a goodbye hug, it will mean even more.

Sometimes children don’t want physical affection because they’re not in the mood, and other times it could be a specific person they don’t want to cuddle. It could just be one of those things, there’s no reason why but your child just doesn’t want to give them a kiss goodbye. Or, your child might not have enjoyed their visit. Perhaps they teased your child too much, accidentally hurt them or maybe your child is scared of their beard (if that’s the case with grandma, it’s probably best not to tell her).

It doesn’t have to be logical, you may have noticed that young children are not the most logical people at the best of times, but it should be respected. And, though it is rare, abuse does happen. And it is often friends or family members who are the abusers. If your child doesn’t want to say goodbye to somebody, respect that. If it develops into an ongoing theme, talk to your child about why he doesn’t like that person. Read BellyBelly’s tips on how to best protect your child from sexual abuse here.

Sometimes, as parents, we found ourselves encouraging our children to do things simply because it will make life easier or seem a little more polite. We encourage our kids to kiss grandma so that they don’t look rude, and so that grandma (or Uncle Jim, or whoever) doesn’t get upset or offended. Of course, friends and family members want to be close to your children, and definitely want to go home with that warm glow you get from being liked. But this isn’t your child’s responsibility. Grandma is old enough to take a little bit of rejection every now and again. She won’t go home and cry into her pillow, but your child probably will get upset if forced into doing something he doesn’t want to do.

It might make for an uncomfortable minute when your child refuses a cuddle, but it’s your job to validate your child’s feelings and then stick up for them. ‘Ok, no kisses today then,’ or something along those lines should do it. If you want to, you can always ring the adult later and explain that it’s nothing personal, you’re just respecting your child’s body autonomy.

If you’re interested in the arguments for children having control over their own body, you might enjoy this article on why smacking should be avoided.

Baby Has Night And Day Mixed Up? Here’s What To Do

Only One Breast Works When Breastfeeding? Here’s Why

Only One Breast Works When Breastfeeding? Here's Why