15 Things You Can Get Away With While You’re Pregnant 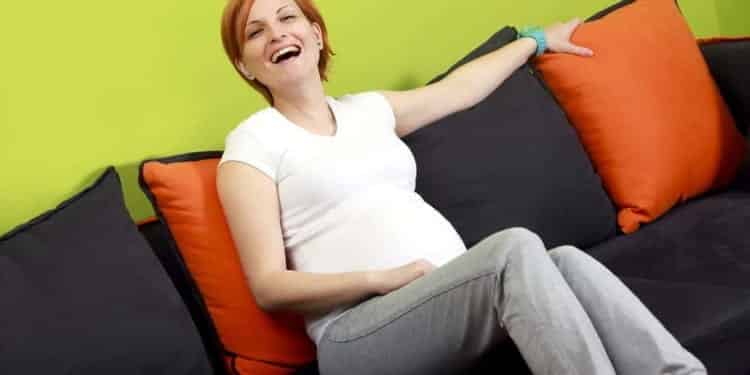 Pregnancy is pretty much a Get Out Of Jail Free card.

For the next nine months, you get to ignore most of the social conventions you previously held dear.

Don’t worry about being polite or doing the right thing – just follow your bump-growing instincts and do whatever the heck you like! If people look affronted, blame the hormones.

This free pass for bad behaviour lasts only nine months, so make the most of it.

Here are 15 previously uncool things you can now relish for the next nine months:

Oh yes, in the old days you may have made your excuses, run straight to the bathroom and released your wind in a private setting. But no more! If you tried to do that now, you would spend about 90 percent of your pregnancy hiding in the toilet. Expect to windy and get used to letting your releases go and flow in public.

You’ll be winning farting competitions with your other half for the foreseeable future, so don’t hide this new skill away. To be perfectly honest, you won’t be able to hold those trumps in even if you try, so don’t bother. Even the most ladylike and prestigious Mrs Fancypants publicly guffs her way through pregnancy without even trying.

One of the downsides of living in a patriarchal society is that there are certain natural behaviours that women simply aren’t supposed to exhibit. Farting is one, and snoring is another. Men can have loud, grizzly, terrifying snores that keep people in the next town awake, and that’s not as problem.

But if you so much as whimper in your sleep, all of a sudden you are a traitor to your gender. Well, not anymore. Now that you’re pregnant it is perfectly acceptable to keep your partner awake at night with your deafening snoring. And should he dare to moan about it, you are perfectly within your right to suggest he sleeps in the spare room.

If you were not pregnant, it would be socially unacceptable to pull your face at the sight of another person’s lunch. It would be considered quite rude.

Now that you’re pregnant, however, you can totally get away with it. In fact, it’s perfectly reasonable for you to announce it smells like crap, before throwing up in your handbag.

Bosses don’t usually like their employees being late for work. In fact, it’s not uncommon for people to get into trouble for repeated lateness, and you would certainly be expected to explain why exactly you are late.

The same rules do not apply during pregnancy. In fact, it’s pretty much assumed you will be late for work during pregnancy. After all, sleep is more important than ever before so you can be forgiven for pressing that snooze button a few times. And then you had to get dressed, and each sock can take upwards of five minutes to get on these days. And you’re not really walking at the moment, are you? It’s more of a waddle, so that’s probably slowing you down. So don’t worry about being late, it’s expected. Just get in when you can.

#5: Lying To Your Friends

It’s not okay to lie to your friends, and you can get in serious trouble if you get caught out.

Unless, that is, you’re pregnant. Then it’s totally acceptable to lie for three whole months until you’re ready to share the news.

#6: Pushing To The Front Of The Toilet Line

Public toilets are the worst when you’re pregnant. They smell really bad, they are never clean, and there is no bath to grab onto to haul your giant self up off the toilet when you’re done. Their only saving grace is that your pregnancy bump is a free pass that takes you directly to the front of the toilet queue.

Nobody in their right mind is going to make a pregnant lady wait in line behind them.

Belly rubbing is a bit weird, frankly. And it’s not really something you see much of these days. Occasionally an elderly rotund man may rub his belly near you, but it will leave you feeling horrified and disgusted. Belly rubbing just isn’t something you should do publicly.

Unless you’re pregnant, and then it’s totally okay. You can rub your belly all day long and nobody will bat an eyelid. You can even play it music through headphones, and chat to it about your day. Totally normal pregnancy behaviour.

Meetings are so boring, aren’t they? Ever since your very first day at your very first job, you’ve probably been fighting the urge to fall asleep in meetings. Sleeping through meetings is rude, unprofessional and yet, perfectly okay if you are pregnant.

Make the most of it. When you return from maternity leave you’ll be expected to listen to the accounts run down, but for now it’s okay for you to snore through it.

#9: Dropping Out At The Last Minute

You know that annoying friend you have who pulls out of social engagements at the last minute? The one every moans about when she’s not there? Yep, you can be that friend now, but nobody is allowed to moan about you.

Because pregnancy is tiring, and hard work, and it’s totally okay if you decide you don’t want to go to the cinema five minutes before you’re due to meet. It’s. The. Hormones.

#10: Talking About Your Vagina… A Lot

As far as polite society goes, you shouldn’t really discuss your vagina. If you have some very close friends, it’s okay to talk about your vagina a bit. But it’s very easy to overstep the mark.

When you’re pregnant, that mark disappears behind your bump and you can’t see it anymore, so it’s totally fine to talk about your vagina as often as you like. You can even talk about other people’s vaginas, and the affect childbirth had on them. You are allowed to say “I have to push a baby out of THERE!” as often as you like, and nobody is allowed to be anything but supportive of you.

#11: Replacing Your Partner With Pillows

If you weren’t pregnant, replacing your partner with a man-shaped pillow could signify the end of your relationship.

But it’s totally fine if you’re pregnant. In fact, they make special pregnancy pillows that almost certainly take up half of the bed so that you can kick him out and enjoy the comfort you deserve. Point him to the spare room, and spend your nights in the luxurious fabric arms of your pregnancy pillow. Your love is just as real as human love, and don’t let anyone try to tell you otherwise.

The Baby Needs Sleep! That’s your excuse for every time you are discovered sleeping in the day.

In reality, of course, it’s nothing to do with the baby, you just want to get your money’s worth out of the man-pillow before the baby arrives and you are forced to banish your new cotton lover to the dark corners of the loft.

Society’s rules no longer apply to you. You don’t have to be polite, bite your tongue, or be empathetic. You feel free to seriously lose your cool as often as you like.

You can sob, scream and pummel the walls over post it notes, spaghetti, the weather, and cats. It’s fine. No-one can judge you, and they have to be kind to you even when you are completely definitely unhinged. It’s the hormones again!

If you were hungover and threw up in a park bin, you’d probably get some pretty dirty looks off the mums at the park. In fact, ‘people throwing up in bins’ would probably make it onto the next park volunteers meeting’s agenda.

But, if you’re pregnant and throw up in a bin, that’s cool. You are simply joining the thousands of women who have thrown up in that bin before you. Look, there they are on the park now, with their children. And they’re all smiling at you. One of them is bringing you a ginger nut! You’ve made it, you are one of the park women now.

Pregnancy is 80 percent growing a tiny person and 20 percent sitting down. You are now guaranteed a seat everywhere you go, and will of course spend most of your time at home sitting down. That’s fine. You enjoy it. Rest those aching joints, put your feet and holler that you’d quite fancy a cup of tea. Don’t worry, you’re pregnant, someone will bring it for you.

Where Should A Baby Sleep At Night?