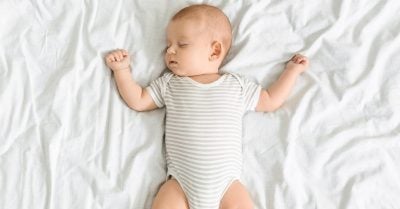 While much is written about infant sleep, most of it focuses on how, when, and where babies and toddlers sleep during the night.

Yet in the first two or three years, young children rely just as much on daytime sleep to help them grow and develop.

Sleep during the day is referred to as “naps”. But what exactly is a nap, how many should your baby or toddler behaving and how long can you expect them to last?

Surprisingly, there is little in the way of research to answer these questions.

The science of infant sleep is still relatively new and most of what parents read or hear is based on assumptions handed down over recent generations, with little to back them up.

Even the most basic fact of when daytime begins and ends in relation to sleep for children is not proven. Around the world, the time babies and children go to bed at night varies greatly and the time they begin their day is no different.

When researchers study sleep patterns, they either prescribe a start and end time for the day or rely on what parents report as their definition. This is important when looking at daytime sleep, as one baby’s first nap for the day could be considered as the last sleep of the night for another!

Despite the schedules and routines proscribed by self-styled baby whisperers and sleep trainers, there is simply no evidence that all babies should or could sleep from 7 pm to 7 am.

While most parents are well aware of guidelines to reduce the risk of SIDS and other SUDI, surprisingly many do not follow these for daytime sleep for babies.

The recommendation for babies to sleep in the same room as their mother for the first 6-12 months is just as important during the day as night. One study found that 75% of daytime SIDS deaths occurred while babies were alone in a room.

The safest place for your baby to nap is in the same space you are as you go about your day. Co-napping or babywearing are practical ways to ensure your baby is close to you but if you need to care for other children, work or use nap-time for recreation, having a safe sleep space which is not in the nursery or bedroom is the safest option.

While occasional naps in prams, strollers, or infant car seats may be necessary, this equipment is not designed as a regular sleep space and an infant bed or bassinet which meets the relevant standards is the safer choice.

If you have been blessed with a baby or toddler who sleeps long hours during the night, you can expect her daytime sleep requirements to be less than a baby who wakes more frequently.

While you can expect your newborn baby to sleep much the same around the clock, as she begins to develop her own, natural circadian rhythm, you will begin to see changes. After relying on the maternal response to regulate sleep in the womb, a baby only begins to develop their own response to night and day from around three months.

This gradual developmental stage relies on external factors, such as exposure to natural light compared to artificial light, the use of blackout blinds or covers on prams, and other changes to a sleep environment.

If you want to encourage your baby’s natural sleep regulation, avoid light restriction during daylight AND exposure to artificial light in the evening and during the night.

The length of time a nap lasts will depend on many things: how easily your baby naturally transitions from one sleep cycle to the next, how easily they are disturbed by external stimuli, and the space they are napping in. A baby sleeping against his mother’s chest in a baby carrier while she vacuums around the house might sleep longer than one sleeping in a quiet room where his father works on a computer.

By the time your toddler is around two or three years old, his need for daytime sleep will gradually fade. From as early as two months, your baby could begin to have predictable naps several times a day and – for some babies – these will tend to occur at regular stages of the day.

In the first twelve months, the number of daytime sleep periods will change, with many babies experiencing sleep transitions around four months, nine months, and fifteen months: perhaps not coincidentally some of the more challenging Wonder Week Leaps.

A baby does not need to be trained how and when to sleep. By watching for natural sleep cues, rather than hours passed on the clock, you can offer opportunities to sleep and follow your child’s individual evolution from getting sleep during the day and night to sleeping during the night only.

Counting naps, hours slept or awake, following strict schedules, or being inflexible about sleep times can only serve to interrupt this natural progression and simply interfere with the instinctive maturation of sleep.

Why It Takes An Entire Community To Breastfeed

Why It Takes An Entire Community To Breastfeed