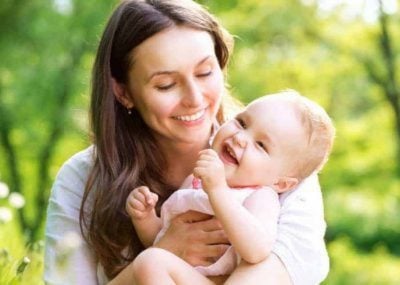 “How old is your baby?” … asked the school crossing lady as I waited to pick up my older child.

“What does she eat?”

“Doesn’t she even eat baby food?”

“I rather thought mother’s milk was baby food.”

“My sister’s neighbour’s baby is the same age as yours and she even eats chops and sausages – and she’s twice the size of your baby!”

And there went my confidence, along with a suitable reply to this complete stranger who seemed to feel that something as personal as my baby’s diet was her business.

The baby in question was my third and after two strapping boys, she obviously took after a more fine boned family member (me, perhaps?) but despite my experience and the fact that my baby was alert and active (she was already crawling), these comments struck at my core.

To add fuel to my fires of inadequacy, I also had written ‘proof’ that I was starving my child – her baby health book has at least one ‘poor weight gain’ recorded and a health nurse (herself overweight) had offered a dire warning that if my baby didn’t gain more weight her brain wouldn’t grow.

I’d like to take my daughter back to this woman – she now has a couple of degrees and has completed a doctorate in clinical psychology.

Many Mamas Worry About Their Baby Being Normal

According to Barb Glare, who was previously the director of the Australian Breastfeeding Association, “An enormous percentage of calls to the association’s helpline are from mothers simply seeking encouragement and confirmation that their baby is perfectly normal.”

She continues, “Babies are as individual in size and shape and their ability to do things as we are, yet we spend an awful lot of time worrying and feeling we aren’t doing things the ‘right way’.”

Glare removed her own first child from a childcare centre when her efforts at toilet training were questioned. “I have since come across lots of children who are still in nappies until a ripe old age and realise I could have saved myself a lot of angst if only I had been reassured my child was simply developing at his own pace. You know, when he is eighteen there won’t be a tattoo on his forehead saying, ‘I wore nappies until I was three’.”

Competition among mothers themselves – ‘my baby sleeps all night’ – begs clarification, combined with a prevailing conspiracy of silence about how women honestly feel (like crap, some days) can be just as destructive as any criticism.

Melinda Whyman, now a mother of two, describes her first mother’s group as an experience fraught with performance anxiety. “It quickly became evident that it wasn’t acceptable for others to see you or your baby get upset or lose control. What was interesting though, is that at a dinner we all shared two years later, we got the chance to talk out these feelings. Most of us had no idea how vulnerable others in the group had been feeling – we mourned the loss of intimacy and support we could have shared, if only we had felt safe enough”.

#1: Find Your Own Cheering Squad

Join a group such as The Australian Breastfeeding Association or the BellyBelly Forums for information and support that will affirm your mothering style.

#3: Remember, All Advice Is Good Advice

Say ‘thankyou for sharing’ – then do what suits you and your baby best!

Your baby deserves a happy mama or dada!

BellyBelly suggests: Another great way to build confidence is to read great books and articles about parenting, so you can feel more confident in your choices and decisions. Instinct is so important, but in today’s world, its so easy to become confused when instinct meets majority opinion – which is not often best.

Check out BellyBelly’s recommended books for parenting and baby sleep. BellyBelly only recommends books backed by good science as well as reaffirming the importance of instinct and connection.