10 Shocking Birth Practices From The Past 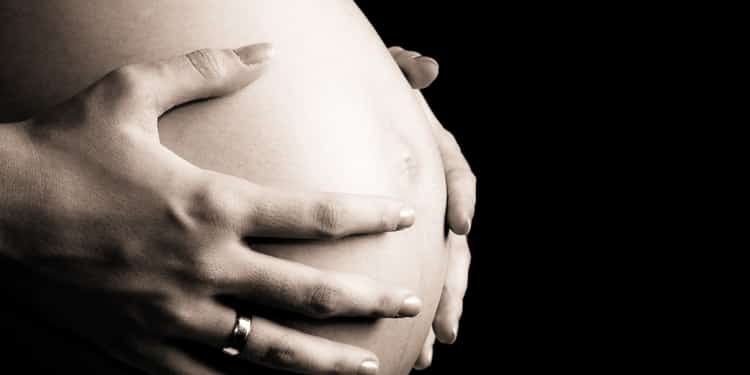 Birth practices that supported the normal physiological process of childbirth probably remained the same for a millennia.

Midwives or wise women had long been an integral part of the birth experience.

However, over the last 500 years, midwifery skills and knowledge of the natural process of labour were slowly eroded away. Instead, there was a swing to more interventions and a more medicalised approach to labour ‘management’.

Today’s current view of birth has swung back towards seeing birth a natural process, yet there are still practices hanging over from the old days.

Here are 10 birth practices that are much better off in the past:

Up until the last century, birth occurred at home, or in certain cultures, a purpose built house. Pain relief was dependent on the skill of those supporting the birthing woman, and any special knowledge such as herbal lore they may have acquired. Extract of poppy, henbane and hemp may have been used, as well as alcohol.

During the mid 1800s, medical forms of anaesthesia — ether and chloroform — were being experimented with during labour, most notably used by Queen Victoria. These drugs became very popular with those in high society, despite the effects on newborn breathing and maternal heart failure. Forceps also became more necessary during these births, which caused newborn and cervical scarring.

In the 1900s, Twilight Sleep (morphine and scopolamine) was the preferred and highly sought after form of pain relief. The morphine was supposed to provide pain relief and the scopolamine caused amnesia, so women simply woke up to a baby with no memory of labour or pain.

The ugly side of Twilight Sleep was that it didn’t actually suppress the pain of labour, it suppressed the memory of pain. Scopolamine also caused women to adversely lose their inhibitions during labour, so much so that they would become psychotic. Having no idea what was going on, many women would scream constantly because they were in pain but not understanding why.

Birthing women given Twilight Sleep required restraints, because they would thrash around on their beds and injure themselves. They would be strapped, tied or bound in padded beds called ‘labour cribs’ and left in that state (often in their own urine and faeces) for however long until their babies were born. No support person or husband was allowed to be present at birth in those days, so this side of Twilight Sleep was not reported widely.

#3: Supine Position (Lying Down) To Give Birth

Again, until birth moved into the care of physicians and hospitals, women were free to move about how they liked during labour. They were able to assume the positions that felt most comfortable. These instinctive movements and positions helped to ease the intensity of contractions, as well as eased the passage of baby through the pelvis.

However, doctors decided that a woman’s movement interfered with them being able to apply interventions during labour. In 1598, a barber surgeon named Jacques Guillemeau, who became a personal surgeon to four French kings, advocated the reclining position for women during childbirth.

As new obstetric tools and practices emerged over the decades, physicians had greater reason to encourage or even force women to recline during labour. It was more convenient for the physician to apply whatever intervention he deemed necessary if the birthing woman was lying down – almost always on her back.

Once the use of chloroform gained popularity in high society, it was normal to lie down. After all, being medicated meant you could not move about, even if you wanted to. Women who were heavily medicated were unable to keep their legs up, therefore stirrups were introduced into the labour room.

Even though being active during labour has now gained support, the actual birth of the baby often happens in a semi reclined position. This is when the mother is sitting back, with her legs held up and toward her. Reclining positions are less than ideal for a number of reasons:

The drawing of blood to prevent or cure illness is claimed to be the most common medical practice performed for almost 2000 years. Bloodletting occurred in a number of ways. Leeches being applied was the most common practice, followed by venesection (a cut in a large vein).

Before birth began, pregnant women were often subjected to bloodletting as a preventative against inflammation, haemarrohage and convulsions (eclampsia). Physicians long held that puerperal fever (childbed fever) was a disease of inflammation, and bloodletting was absolutely necessary in treating women who had the fever. After the contagious nature of puerperal fever became known, doctors were forced to find new methods of treating it.

Enemas (applying warm water to the rectum) have long been held as an ancient traditional midwifery method to start labour.

This procedure then became popular with physicians who believed childbed fever was being spread by bowel movements during labour. When a woman was admitted to hospital in the early 1900s, she was given an enema to clear her bowels and avoid the risk of infection.

In some hospitals, enemas were given repeatedly every 12 hours.

Another form of infection control was perennial shaving, especially for lower socio-economic patients, who were believed to harbor more germs. They would be fully shaved around the vulva, perineum and anus. Private patients would often just be clipped.

In the mid 1900s, so many women were having episiotomies that doctors wanted all perineums to be shaved in case of stitches being required.

Continuous vaginal douches of saline solutions with the addition of whiskey or bichloride of mercury was also common during labour, to prevent any infections to either mother or baby. Women would also have their heads washed in a kerosene, ether and ammonia solution, and their stomach area and nipples would also be washed with ether.

Today we know far more about the importance of the human microbiome and how important a mother’s bacteria is for seeding her baby, and ensuring their future health.

The first instructions for performing episiotomies was found in Fielding Ould’s 1792 Treatise of Midwifery in Three Parts. His recommendation was to use the procedure for dire emergencies only, such as a breech baby or when external skin was not stretching and prolonging labour.

It was not commonly used outside complicated birth until the 1920s, when it began to gain favour as a logical preventative procedure in the US. A professor of obstetrics, Joseph DeLee, published a paper that recommended the use of forceps and episiotomy as standard procedure. His belief was that labour damaged both the mother and the baby, and that if episiotomy could prevent fetal brain damage from squeezing through the birth canal, and restore a woman’s vagina to its pre-birth state, then it was wrong not to use it.

After almost 100 years of routine application, evidence shows that episiotomy does not improve outcomes.

For most women during the 1700s, manual extraction of the placenta was the norm. It was feared that as soon as the baby was born, the cervix would immediately begin to close, trapping the placenta inside the uterus.

Midwives were taught to take hold of the umbilical cord with one hand and insert their other hand inside the woman’s uterus, bringing the placenta out. If the placenta had not begun to sheer away of its own accord, the birth attendant should manually begin peeling it away.

A break in this tradition was suggested during the mid 1700s, whereby cord traction was used while the mother was instructed to bear down. If the new mother was not strong enough or too tired to push, she was induced to cause herself to vomit by inserting a finger in her throat, which produced pressure on the diaphragm and stomach muscles and helped to expel the placenta.

Alcohol And Breastfeeding – Is It Safe To Drink Alcohol?

Alcohol And Breastfeeding - Is It Safe To Drink Alcohol?