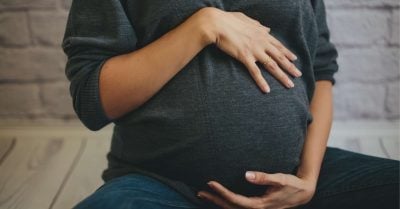 When giving birth in a hospital setting, most women are aware that as soon as they arrive in labour, they are ‘on the clock’.

They will be offered, and will probably accept, vaginal examinations on arrival and every 3-4 hours afterwards.

Their care providers might suggest certain interventions to keep labour on track and progressing at a certain pace.

What many women aren’t aware of is the reasoning behind this fixation on centimetres and time.

Labour is classified into stages and times that are applied to all women; research has discovered this reasoning is now obsolete.

What Is The Friedman’s Curve?

In 1955, Dr Friedman, from Columbia University, published a study he had undertaken of 500 first time mothers who had given birth at full term.

The doctor plotted their labours on a graph, and calculated the average time it took a woman to dilate each centimetre.

This graph is known as the Friedman’s Curve, used as the gold standard for rates of cervical dilation and fetal descent during active labour for the past 60 years.

The graph showed the average rate of cervical dilation was about 1 centimetre per hour.

The rate of dilation varied within the total time of labour, but was broken into the following sections:

Are You Getting BellyBelly’s Pregnancy Week By Week Updates?
We think they’re the best on the internet!
Click to get the FREE weekly updates our fans are RAVING about.

How Is It Applied During Labour?

The Friedman’s curve is one of the first pieces of obstetric knowledge maternity care providers learn.

When a woman comes into hospital with contractions, she is usually required to have a vaginal examination, to check cervical dilation and confirm if she is in active labour (4cm dilation or more).

If her cervix is not dilated 4cm or more, she is often sent home until contractions pick up.

After being admitted to the maternity ward, the woman is then expected to dilate an average 1cm per hour.

Most hospitals have a policy of routine vaginal examinations every 3-4 hours to check progress.

A dilation rate of less than 1cm per hour is considered abnormal and labelled a ‘failure to progress’.

This could be breaking the waters or administering artificial oxytocin via a drip, to speed up contractions.

It isn’t surprising that a cascade of intervention might begin at this stage.

The mother is likely to have continuous fetal monitoring belts attached and will be unable to move freely, limiting her ability to manage contractions.

The baby might not be able to move into an optimal birth position, or begin to show signs of distress.

By this time, it’s very likely the mother is feeling stressed and tired.

Her body begins to respond by releasing adrenaline, which will reduce levels of oxytocin, the hormone responsible for uterine contractions.

Failure to progress is responsible for around 30% of all c-sections performed on first time mothers.

The women in Doctor Friedman’s study averaged 20 years of age, and over 95% of the women were sedated during labour, as it was the era of ‘twilight sleep’.

More than 50% of the women had forceps assisted delivery and around 14% were induced or had their labour augmented with artificial oxytocin (Pitocin or Syntocinon).

These factors had the potential to change the pace of labour outside a woman’s normal and individual dilation pattern.

Since the 1950s, labour practices, and women, have changed. Women are no longer routinely sedated during labour – epidurals are much more common.

Artificial oxytocin for labour induction and augmentation is also used more commonly and forceps are no longer routinely used.

Women having their first baby are more likely to be older, on average, than women 60 years ago.

A great deal has changed, yet the same expectation of cervical dilation is applied.

A study in 2002 showed Friedman’s curve is an inaccurate description of normal labor progression.

The research found a wide variation in cervical dilation, and the average labour was much longer than those in Friedman’s original research.

On average, women began active labour at 6cm, instead of 3cm as Dr Friedman reported in 1955.

Fifteen years of research has shown the average rate of cervical dilation accelerates after 6cm rather than 4cm.

Care providers who are aware of this, and don’t intervene before 6cm of dilation, will limit the use of unnecessary interventions and potentially reduce the number of c-sections occurring as a result.

When choosing a care provider, find out how they base cervical dilation, and whether they are aware of the more recent research showing a slower rate of dilation up to 6cm.

The TRUTH About Natural Birth
MAXIMISE your chances of getting the birth you want… MINIMISE your chances of
a disappointing or traumatic birth experience. Learn from some of Australia’s
best educators – you’ll feel MORE CONFIDENT heading into birth.
CAN YOU HANDLE THE TRUTH? Click to find out…
Previous Post

The Octopus Watch | A Watch That Could End Parental Nagging

The Octopus Watch | A Watch That Could End Parental Nagging