How Inductions Increase The Risk Of Haemorrhage 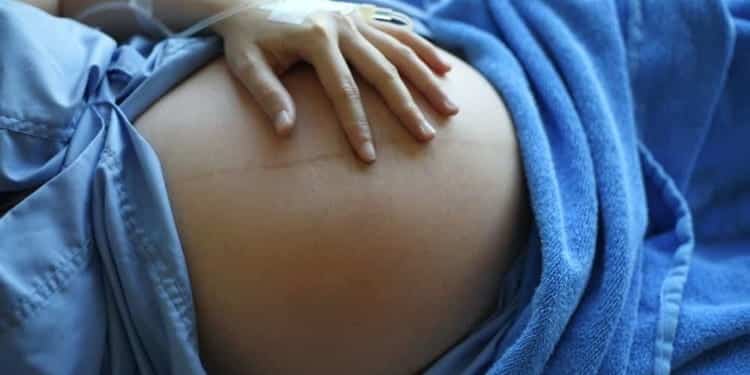 Rates of labour induction are increasing worldwide, particularly for non-medical or social reasons, such as convenience or being past a “due date”.

Many women are agreeing to inductions of labour, without being made aware they are at greater risk of postpartum haemorrhage (PPH) after the birth.

Some even believe other causes are to blame for their haemorrhage, without even considering their induction.

So, in order for you to get informed about haemorrhage and the role induction plays, here is what you need to know before agreeing to a non-medically necessary induction of labour.

Post Partum Haemorrhage (PPH) is the loss of more than 500 mL of blood after giving birth.

Severe PPH is the loss of greater than 1000 mL.

The most common cause of PPH is attributed to uterine atony, which means the muscles of the uterus have not contracted down.

Once the placenta comes away after the birth, your uterus (womb) should contract strongly, in order to shut off the blood vessels where it was attached.

If your uterus doesn’t contract down properly (uterine atony) it may cause you to bleed.

Studies have found prolonged use of synthetic oxytocin (named Syntocinon in Australia and Pitocin in the USA) during labour — for induction or augmentation — is associated with a higher risk of severe PPH. It’s thought that oxytocin receptors in the body become desensitised after continuous use of synthetic oxytocin. After the baby has been born, the body doesn’t produce high enough levels of natural oxytocin to cause the uterus to contract down.

Hospitals rarely provide the environment conducive to a natural and undisturbed birth. Women are left to labour in rooms that are brightly lit, sometimes noisy, and visited by various people who are unknown to them.

Ideally, for a well mother and baby, they should be left alone to have an hour undisturbed after the birth. But after the birth of a baby, most women experience a flurry of activity, plenty of disruptions and interventions instead.

If induction of labour takes place, women are more likely to experience a restriction of movement due to the use of continuous fetal monitoring. They may have a greater need for pain relief due to stronger contractions, and tend to opt for an epidural. This further restricts their ability to move.

Skin to skin contact may not be prolonged after birth.

All of these factors reduce the natural production of oxytocin, which a woman’s body needs to lower the chances PPH when her baby is born. During the pushing stage, a woman’s body naturally begins producing large amounts of oxytocin. This is in preparation for the placenta  away and the uterus contracting down to ‘clamp’ the exposed blood vessels.

If the oxytocin receptors in a woman’s body have been dulled by prolonged exposure to synthetic oxytocin due to induction, then she is unable to naturally produce high enough levels. She is at risk of having an excessive bleed.

What About Active Management of the Third Stage?

The practice of actively managing the third stage of labour is standard in most hospital settings today. Active management means that during or just after the birth of your baby, an injection of oxytocin is given to you, which causes the uterus to contract and expel the placenta quickly. Care providers prefer to manage this stage to avoid PPH and in most situations in hospital, women have been subjected to interventions or an environment that does not promote natural oxytocin release.

A Cochrane review showed that active management of the third stage can reduce severe bleeding, but stated the quality of the evidence was poor. There was little to no difference in the results for women at low risk of bleeding after birth. What the studies don’t differentiate is if the women had been induced or exposed to synthetic oxytocin during labour. And that could be the most significant factor.

A study in 2012 compared PPH rates between planned home birth and planned hospital birth. Interestingly, the study found lower rates of PPH for women planning homebirth, even if they had transferred to hospital during labour or after birth. Women planning to birth at home do not undergo induction of labour and the environment they are labouring in promotes higher levels of oxytocin.

Why All The Inductions?

Inductions certainly have their place when it is safer for mother and baby for the pregnancy to end than to continue. However, with rates of induction between 20 – 40% in countries such as Australia, the UK and US, we have to question are all these babies and mothers at risk of medical complications?

Recent figures released by Health Statistics NSW (Australia) show an alarming increase in the number of women requiring blood transfusions due to excessive bleeding after birth. The data also showed an increase in the number of inductions for first time mothers, almost 40%. Professor of Midwifery at the University of Western Sydney and Australian College of Midwives’ spokeswoman, Hannah Dahlen, was quoted in The Age as saying the induction rate “is the biggest predictor of having a haemorrhage”.

Making the decision to induce labour is not one to be taken lightly. If your health or that of your baby would be compromised or endangered by the pregnancy continuing, weighing up options for induction and method of induction can help you to make a decision on the best available evidence.

If you would like to read more about induction of labour, BellyBelly recommends these articles