Increase In Severe Birth Complications in US Hospitals 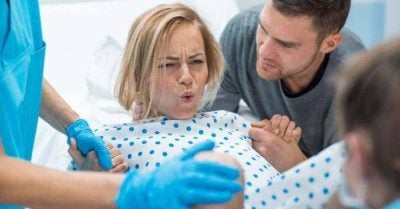 In most high income countries, the vase majority of women give birth in hospital.

Since birth moved from home to hospital, this has become the accepted norm.

Women are told hospital is the safest place to give birth.

A recent report released by the US Agency for Healthcare Research and Quality (AHRQ), however, shows an alarming increase in serious complications in women who give birth in hospitals.

What Did The Report Find?

The purpose of the AHRQ’s Healthcare Cost and Utilization Project (HCUP) was to look at overall trends of severe maternal morbidity and mortality, and to identify the areas of particular concern.

The report found the number of women who experienced serious complications giving birth in hospitals almost doubled between 2006 and 2015.

The data showed how outcomes were worse for women in low income and minority groups – and particularly for black women.

Some of the most important findings of the report:

As usual, leading health experts are quick to lay the blame of rising birth complications at the feet of women.

The Centers for Disease Control and Prevention (CDC) says the following issues contribute to increases in complications during birth:

The US is one of the most dangerous places in the developed world to give birth. A recent BellyBelly article shows in 2015 about 700-1200 American women lost their lives during pregnancy, birth or the period immediately after birth.

So what is causing these complications and deaths? It’s not enough simply to lay the blame on the women giving birth. The answer is complex and involves other factors as well. Even so,  the report from the AHRQ shows a definite connection to hospitals.

Most women in the US have an obstetrician for pregnancy care, regardless of whether they are high or low risk. Study after study shows improved outcomes for women who have midwifery-led models of care during pregnancy and birth.

Midwives tend to view birth as a holistic event in a woman’s life. They don’t just prioritise on producing a healthy baby, but also focus on a mother’s health and on her experience of pregnancy and birth.

Midwives tend to see birth as a normal event which will unfold well. They step in only when potential or actual problems arise.

Obstetricians are high risk pregnancy specialists. They approach pregnancy care with the view that intervention is needed to prevent possible complications. Although this might make sense, we know interfering with the normal process of birth tends to cause more problems than it fixes.

In this article BellyBelly looks at the work of Doctor Neel Shah, Assistant Professor of Obstetrics, Gynecology and Reproductive Biology at the Harvard School of Medicine, and Director of Delivery Decisions Initiative at Ariadne Labs, to figure out why the US c-section rate has skyrocketed 500% since the 1970s.

It’s easy to blame demographics and overall health but, according to Dr Shah, this doesn’t explain the increase in c-section in the US. Today’s modern birth rooms are filled with medical equipment, and pregnant and birthing women are overseen by medically trained staff.

Dr Shah’s focus in on the dramatic increase of c-sections in the US, but the overall message is clear.  Maternity care providers and birth location have a direct impact on birth outcomes and complications.

Although women from low income areas are more likely to have pre-existing health conditions, such as hypertension, diabetes or substance abuse, they tend to have poorer insurance coverage. This further increases the gap in care.

Women might not have necessary care and treatment during pregnancy or after birth because they are unable to afford to see a doctor. This means they could become even more unwell, and require treatment for more serious complications. This can have an impact on future pregnancies.

When researchers look at maternal deaths and severe complications, they often note extreme responses from care providers: they sometimes do too little, or they might do too much.

Often care providers don’t listen to women’s signals of distress or they aren’t prepared, or equipped, to deal immediately with life threatening issues.

On the other hand, as mentioned earlier, care providers are part of the culture of intervention. They approach maternity care with the view it’s better to do too much, and earlier, than not enough later.

Care providers in the US are also fearful of litigation. They are afraid of being sued if something goes wrong. This can lead to the practice of defensive medicine, where doctors perform unnecessary procedures or treatments, which can result in preventable complications.

The Result Of Rising Birth Complications

Often we hear numbers and statistics and we think these thing happen to someone else. We rarely consider the reasons why interventions happen in healthy pregnancies.

We’re not encouraged to look at the connection between maternity care and birth complications, or wonder why these events are normalised as part of the birth process.

Birth is the main reason why healthy people go to hospital. In 2014, almost 15% of all hospital stays in the US were for birth. The average pregnant patient is young and healthy.

Despite that, the rate of complications is climbing, and the aftermath is devastating. Ultimately many of these complications are preventable.

They also place a huge financial burden on women, their families, and the health care system. There’s no available data on the total cost of severe maternal complications, but it’s been suggested the figure runs to billions every year.

There is also the physical and mental cost. Women who experience severe birth complications are more likely to have ongoing health problems, which can have an impact on their quality of life and affect their families.

Symptoms of PTSD can be debilitating and cause serious ongoing mental health conditions. Up to 10% of mothers could develop PTSD; this has a huge impact on their wellbeing and that of their families.

You can read more in How Common Is PTSD After Birth?.

The AHQR has developed the Safety Program For Perinatal Care, which aims to decrease maternal complications that result from poor staff communication and system failures in labour and birth units. The program focuses on improved patient safety, team communication and quality of care for mothers and babies.

These are aspects of maternity care all women should receive, regardless of income, demographics and birth environment. The reality for women, however, is they might struggle to find care providers and birth places that support them to have normal, uncomplicated births.

While experts continue to scratch their heads about why birth complications are on the rise, women can take small steps to improve their chances of a positive birth experience.

Check out the following articles:

What Are The Signs You’re Having A Girl?

Irritable Uterus – What Is It And Is There A Treatment?

Irritable Uterus - What Is It And Is There A Treatment?