Undisturbed Labour – What Is It And Why Aim For One? 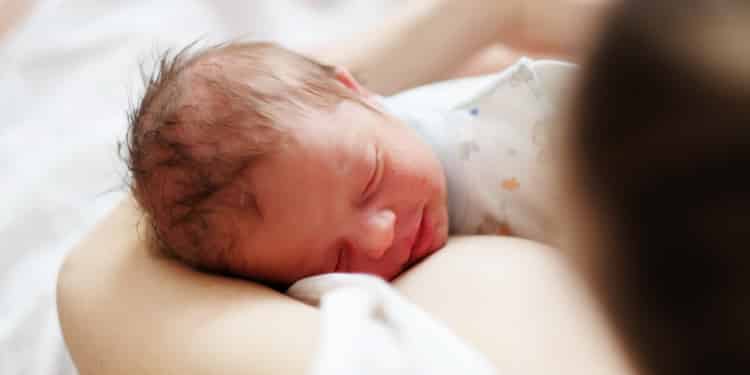 Pregnant women are often told to expect certain things to happen during labour.

Things such as making noises they didn’t know they were capable of, acting like a woman possessed during transition, and suddenly feeling the need to poo when they are pushing out their baby.

Being told to leave your dignity at the door is common, and yet it detracts from the amazing and awe inspiring process which takes place within your body.

What if birth was an experience women enjoyed?

Can you imagine smiling and laughing during contractions, feeling your body working hard?

Or do you think labour should be a long and painful grueling marathon – ending in exhaustion and weary joy as you hold your brand new baby?

The Process Of Labour

The process of labour is spoken of in three stages: first, second and third. The first stage occurs as the cervix dilates and opens. The second stage refers to the process of the baby being pushed out. The third stage follows, which is the expulsion of the placenta and membranes (bag of waters).

All three stages of labour are dependent on the release of the hormone oxytocin occurring as and when it should. Oxytocin release is enhanced in environments which include privacy, safety and support. During sex, orgasm, labour, birth, and breastfeeding, oxytocin release can be inhibited if our sense of being watched is triggered, or if there are bright lights or a high levels of noise.

In the wild, if a labouring mammal is threatened during the first stage of labour, adrenaline is released, stopping labour so the mother is able to get away to a safe place.

Humans have exactly the same stress response as other mammals. The big difference is most of us give birth under bright lights, observation and constant disruption. Our brains cannot differentiate between a real threat (sabre tooth tiger) and an imagined one (noisy staff), so they begin to initiate the process of ‘fight or flight’. Stress hormones are released. Labour begins to falter and doesn’t progress. The contractions can become strong and too painful to cope with, or more usually, weak and ineffective.

The adrenaline release and shutdown of labour is a protective mechanism, which has been necessary for the evolution of species. It’s no longer required for humans to give birth, but the response is still present, and if triggered, it interferes with the normal path of labour. Instead of moving to a safe place and resuming labour, women are subjected to interventions and assistance to make labour ‘progress’, often leading to fetal distress and instrumental or surgical birth.

See a short video which cleverly explains the phenomenon of failure to progress, here.

What Is An Undisturbed Labour?

The brain releases oxytocin in increasing amounts to stimulate contractions during labour. This helps to open the cervix and then create the powerful and forceful contractions to actually birth the baby.

When oxytocin levels are promoted, the neocortex or ‘thinking brain’ is at rest, and the parasympathetic nervous system (PNS) is in charge. The PNS is responsible for controlling the bodily processes that are not under our own voluntary control, such as hormone release and regulation. Birth is not a voluntary act like switching on a car engine with a key.

Find out what causes labour to start.

When a woman is undisturbed during labour and the neocortex is quiet, she is able to completely relax into the process of labour. Oxytocin is released in increasing amounts, speeding up the tempo and efficiency of contractions. When birth is close, a surge of oxytocin and adrenaline occurs, triggering what Michel Odent calls the ‘fetal ejection reflex’. This is a series of very strong, involuntary contractions, which push the baby through the opened cervix, through the birth canal and into the world.

Oxytocin has been described as a shy hormone, associated with labour and birth, sex and orgasm and love and attachment behaviours. Its ability to act in the body is diminished in environments which are exposed, unsafe, bright, noisy. Trying to be intimate in front of an audience in the full daylight would be intimidating – labouring in a bright room with strangers moving around in your space and talking to you has the same effect.

What Is The Optimal Environment?

During labour, women need protection from any factors that stimulate the neocortex or thinking brain. This part of the brain sends messages to the sympathetic nervous system (SNS), activating the fight or flight response if a threat (real or imagined) is felt.

Feeling safe and protected is something each woman defines for herself. But there are a few key elements which enhance our instinctive need for safety in labour, which in turn enables the spontaneous birth reflex:

It’s important for women to make the connection that their birth setting and support have a very big impact on labour and birth.

Many women choose to birth in hospital with the idea that it’s safe, yet this very environment begins the process of labour veering from normal to abnormal. Women in certain birth centres and at home tend to experience birth as an undisturbed process due to their choice of environment and support people.

Our modern technocratic birth culture has taught women to believe that birth needs to be controlled. Almost every woman gives birth in a setting which demands control over labour and has unrealistic expectations of what is ‘normal’. In attempting to prevent harm coming to women and babies, medical science interferes with the natural process of labour, from the moment a woman steps through the hospital door.

The idea that labour is instinctive and rarely needs any assistance is foreign to most women. At best, we expect birth to be long and painful – at worst dangerous and frightening. Hospital birth doesn’t have to be traumatic but policies and procedures in such an environment shows a deep distrust of birth as a natural process. Because of this, our modern society sees labour and birth as a medical emergency rather than an instinctive process women are designed to experience.

As renowned French obstetrician Michel Odent reminds us in his book Birth and Breastfeeding:

“When you consider birth as an involuntary process involving old, mammalian structures of the brain, you set aside the assumption that a woman must learn to give birth. It’s implicit in the mammalian interpretation that one cannot actively help a woman to give birth. The goal is to avoid disturbing her unnecessarily.”

Phantom Pregnancy: 11 Things You Should Know