Uterine Rupture – Symptoms and Signs of A Rupture 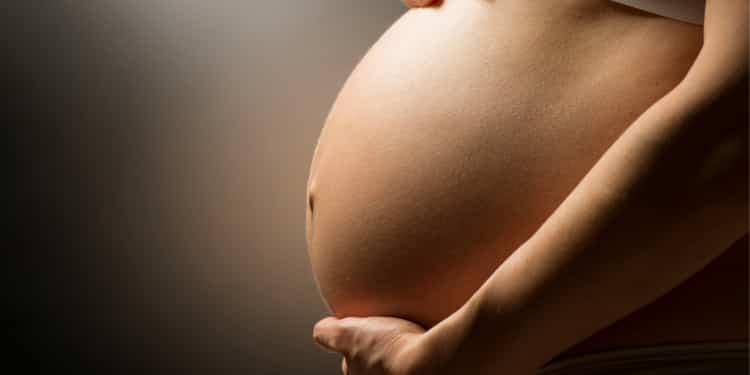 In countries such as Australia, the UK and the US, around 1 in 3 women have their baby via c-section. This means a significant amount of women are going into their next labour with a uterine scar. Uterine rupture is the main risk which concerns women who are planning a VBAC, and the main reason their care providers place limitations around the way and length of time they can labour (called a ‘trial of labour’).

It can be challenging to sift through the available information to find the facts about uterine rupture and how it might impact your labour and birth.

What Is a Uterine Rupture?

A uterine rupture occurs when the scar opens completely along its length and through all three layers of the uterus. The amniotic sac surrounding the baby ruptures and the baby or placenta can be pushed through the rupture and into the abdominal cavity.

When a scar ruptures through all of the uterine layers, it is referred to as a complete or catastrophic rupture. It’s a rare complication, but does have the potential to be very serious for both mother and baby. It requires a c-section immediately.

When a scar only stretches or partially opens, this is referred to as a ‘window’ or a uterine dehiscence. The existing scar tissue stretches, and the underlying two layers may separate, but the outer layer of the uterus (perimetrium) remains intact.

This can also be called a silent or incomplete rupture, which is misleading, as the scar has not opened completely, but only thinned or partially separated. Scar dehiscence is a common event, and rarely has any risks for mother or baby.

A uterine scar rupture cannot be predicted before it happens, only diagnosed as it actually occurs. There are studies that suggest measuring the thickness of the scar by ultrasound, or following closely the pattern of contractions in labour may indicate if a rupture is likely to occur. But there is not enough information available to indicate if these methods are accurate enough to be widely adopted.

What Are The Risk Factors For Uterine Rupture?

There is no way to predict which women are more likely to experience uterine scar rupture during a VBAC.

However, studies have shown the risks are reduced if:

Many studies report that women who’ve had one previous c-section and have a low-transverse scar, the risk of uterine rupture is less than 1%.

What Are The Complications Of Uterine Scar Rupture?

Uterine rupture is rarely life-threatening for the birthing woman, although there are risks associated with c-section surgery.

Rarely, mothers will require blood transfusions or even a hysterectomy if the blood loss is excessive, or the tear cannot be repaired.

While a uterine scar rupture during VBAC labour is rare, the consequences for the baby are serious. The immediate medical response is an emergency c-section.

If there is a lapse of time in diagnosing and responding to a uterine rupture, there is a greater risk of the baby/or placenta being pushed through the uterine wall and into the mother’s abdominal cavity. This increases the chances of the mother haemorrhaging, and the baby is more likely to be deprived of oxygen, causing brain damage and death.

What Puts Me At High Risk of Scar Rupture?

There are rare situations when your risk of scar rupture is greater if you attempt labour after a c-section. These risk factors are believed to affect about 10 out of every 100 women:

It important that women planning a VBAC have access to evidence based information and the support of their care provider in order to make the best decision for their personal circumstances. Most women have a good chance of success for a VBAC and should choose care providers who are trained and experienced in attending VBAC births in order to maximise their chances of a successful birth outcome.

Centrelink Family Payments – 17 Payments You Might Be Entitled To