What Causes Labour To Start? 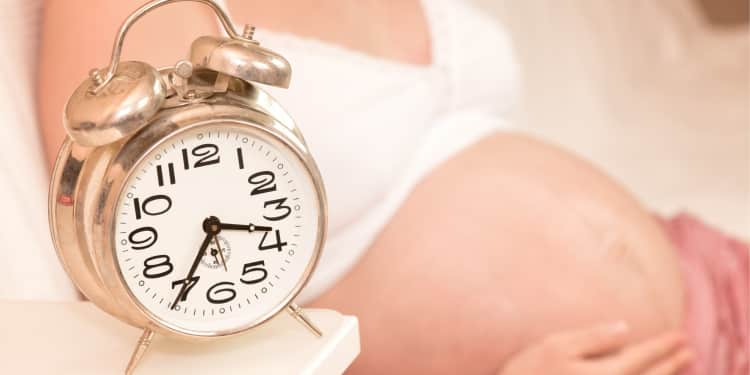 The average length of human pregnancy is said to be 280 days or 40 weeks.

However, the American College of Obstetricians and Gynecologists classes term pregnancy as 37-42 weeks of pregnancy.

Almost one third of pregnant women do not give birth within ten days of their expected due date.

If you happen to be one of those women whose pregnancy goes past 40 weeks with no sign of baby’s arrival, you understand how hard waiting can be.

You probably feel as though you will be pregnant forever. Everyone around you is impatient for news of your baby’s arrival. Your care provider may even start hinting about induction dates if your baby isn’t born by a certain time.

If you aren’t keen on being induced, you might feel the pressure to start getting labour going naturally. Maybe your sister had a Thai curry the night her baby was born, or your neighbour swears that her water broke right after she had acupuncture.

The idea of being medically induced is a little scary, and if you really want to avoid an epidural, you might be up for trying anything. Having sex at 41 weeks pregnant to kickstart labour might not be what you really feel up to right now, but if it gets the baby out, then it’s okay, right?

What’s going on in there that needs all this time?

Humans, like all mammals, need to put the finishing touches on lung development before being born. It’s this final stage that researchers have discovered holds the key to when labour begins.

While in the uterus, babies are not breathing air. They receive oxygen via placental blood. While the lungs begin to develop early in pregnancy, the process continues all the way through the pregnancy gestation.

Around 24 – 28 weeks of pregnancy, your baby’s lungs begin to produce a substance called surfactant. This substance is made of six types of fats and four proteins, and is critical for your baby to be able to breathe outside the uterus.

Surfactant is a soapy-like substance. It coats the inside of the lungs and keeps the air sacs (alveoli) open. The alveoli is where gas exchange in the lungs occurs – oxygen is taken up by the blood and carbon dioxide is released and then exhaled. Without enough surfactant, the alveoli collapse and are almost impossible to open again in normal situations. If the alveoli collapse, they can also stick together and tear.

What Causes Labor To Start?

During late pregnancy, the uterus has an increased number of immune cells (macrophages). Macrophages help fight lung infection by effectively sweeping up any viruses or bacteria that might be present. A protein found in lung surfactant actives the macrophages, which begin to migrate to the uterus wall. Once there, a chemical reaction takes place, stimulating an inflammatory response in the uterus that begins the process of labour.

The surfactant protein is called surfactant protein A (SP-A). Babies begin producing SP-A at around 32 weeks and levels increase for the remainder of the pregnancy, until the lungs are mature enough to breathe outside the uterus.

Researchers looking at what signals labor to begin, found that pregnant mice would deliver early if they were injected with SP-A. When pregnant mice were given an antibody that blocked the production of SP-A, the mice would gestate for longer than usual. This research could indicate why some women go into labour spontaneously at 42 weeks or after, because the production of SP-A happens later than other women who give birth at 38 weeks.

What Happens When Babies Are Born Early?

Being born early (premature) can cause many complications for babies, mostly related to breathing problems. The earlier a baby is born, the less surfactant a baby is likely to have produced in preparation for breathing.

Without enough lung surfactant, babies must work much harder to breathe. They can become exhausted and may not get enough oxygen. This is called infant respiratory distress syndrome (IRDS) and babies will need special care to help them until their lungs are further developed.

Babies with IRDS will need to be given oxygen via ventilation and receive surfactant therapy until their lungs have developed enough to breathe without assistance.

How Does This Impact Induction?

A review of statistics for countries such as Canada, Australia, United Kingdom and the US, show that a significant number of inductions are occurring before 41 weeks.

Approximately 25% of all labors in those countries are induced. We don’t know how many of those babies and mothers were truly at risk if the pregnancy continued, but we do know that many women are induced because they are ‘overdue’.

The World Health Organization defines a prolonged pregnancy as one that has gone beyond 42 weeks. Considering that estimated due dates are correct 3-5% of the time and most hospitals prefer to induce between 41–42 weeks, it appears that many babies could be at risk of being born before their lungs are fully developed.

If induction is absolutely necessary to ensure the safety of mother and baby, the risks of premature birth are often outweighed. If induction is ‘usual practice’ due to convenience or habitual reliance on estimated due dates, it may be worth considering all options, especially the readiness of your baby’s lungs, before agreeing.

Uncomfortable 41 weeks pregnant sex might help prepare you for labor, with the flow of oxytocin and prostaglandins. But ultimately, baby will come when baby is ready. While these last few days (okay… the last few weeks and maybe even months) can feel long, know that your body and your baby are already communicating with each other to time the perfect arrival of baby earth side.

For More Information About Inductions