Can Breastfed Babies Get Constipated? 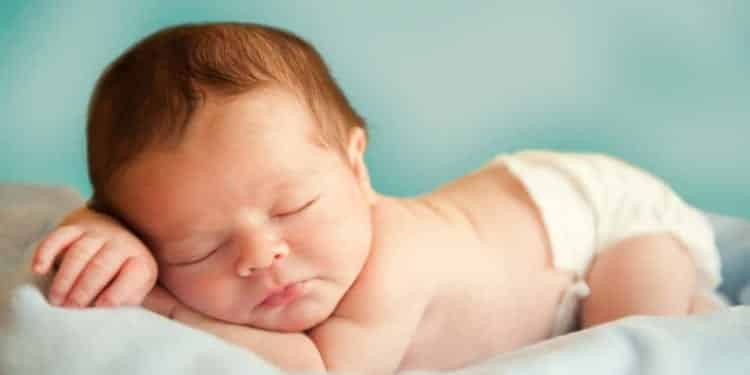 A reduction in the frequency of poos in children and adults often indicates constipation. It’s therefore only natural for parents to worry if they notice their baby pooing less.

The good news is that it’s rare for exclusively breastfed babies to be constipated.

What is normal when it comes to breastfed babies’ poos? How often should they be pooing? When should you see a doctor?

Here are 7 things you should know about constipation and breastfed babies’ poos.

It’s common for babies to make strange grunting noises or appear to be straining. These things do not mean your baby is constipated.

As long as your baby’s poo remains soft (even if she doesn’t poo every day) your baby is unlikely to be constipated. Dry, hard, pebble-like poos indicate constipation.

#2: Exclusively Breastfed Babies Tend To Poo Often (At Least In The Early Weeks)

If an exclusively breastfed baby does fewer than 3 poos every 24 hours, within the first 6 weeks or so, it could indicate her intake is inadequate.

However, if she is feeding and growing well, has plenty of wet nappies and the poos she does are large, she is likely to be getting enough breastmilk.

Nonetheless, if you’re concerned, it’s a good idea to get your baby checked by your health care provider.

#4: Oligosaccharides Might Be Why Breastfed Babies Tend To Poo Often And Not Get Constipated

Oligosaccharides are the third most abundant component of human milk. They serve as an important anti-infective factor (by acting as a decoy for pathogens). They are also prebiotics (food for the good bacteria) and a form of insoluble fibre.

And, because oligosaccharides are insoluble fibre, the process of pooing speeds up .

#5: It’s Common For Breastfed Babies To Poo Less Often After About Six Weeks

After the age of about 6 weeks, it’s not uncommon for breastfed babies not to poo every day. Some babies continue to poo several times a day while for other babies it might happen every few days or so (and maybe even every 1-2 weeks).

If you’re worried, or if there has been a sudden change in your baby’s poo frequency, check with your health care provider or an IBCLC.

Just because it’s not uncommon for breastfed babies not to poo every day, particularly once over the age of 6 weeks, this doesn’t necessarily mean it’s ideal or normal.

Jennifer Tow, an International Board Certified Lactation Consultant and holistic practitioner, believes “it is absolutely not normal for babies of any age to have fewer than several significant bowel movements per day. Not per week! Per day.”

She believes the reason why some breastfed babies, aged around 6 weeks or so, stop pooing so often is because the baby and/or mother have suboptimal gut flora. This might be due to the use of medications (e.g. antibiotics), or the mother’s poor diet.

According to Maureen Minchin, author of Milk Matters: “Basically, what a thriving breastfed baby does within a wide range is what’s normal. And if frequency changes or volume decreases, it won’t be any one ingredient in milk that makes the difference. It will be an interaction between complex ingredients and the ever-growing and developing structures of the baby’s body, and the microbiome they produce and are produced by. Yes, some bugs need oligos, others different ingredients. It’s the balance that counts.”

More research is needed into why some babies seem to poo less often than others.

#6: Once Solids Begin, Constipation Is Possible

Once solids foods are introduced to your breastfed baby, there will be changes in her poos. They will have a stronger smell (often more potent), different colour (the colour of the solid food) and consistency (often less runny). It’s common to find bits of undigested foods (e.g. vegetables) in her nappy.

Once solids have started, it’s possible for your baby to experience constipation. If this happens, it’s a good idea to speak with your health care provider. The suggestion might be to ease off foods that tend to be constipating, and to increase the frequency of breastfeeds.

#7: See Your Health Care Provider If You Think Your Baby Is Constipated