Only 50% Of Babies Exclusively Breastfed At 2 Months 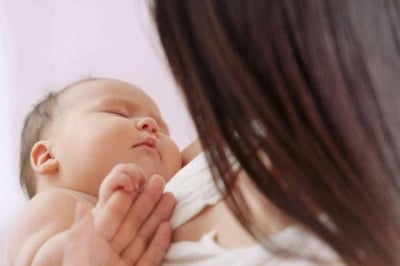 The World Health Organization recommends exclusive breastfeeding for the first 6 months and then for breastfeeding to continue alongside suitable solid foods for 2 years and beyond.

However, a recent study showed that almost one-in-two mothers ceased exclusive breastfeeding by 2 months, with the biggest factor being a woman’s partner.

There are many factors that contribute to breastfeeding rates – both general and specific.

Specific factors may contribute on an individual level to early breastfeeding cessation. For example, a recent study showed that reduced breastfeeding was associated with use of dummies (pacifiers), lack of partner support and maternal obesity.

Here is some information on the effect of dummies, obesity and partner support upon breastfeeding outcomes:

How Dummy Use May Impact Upon Breastfeeding

Several studies have found an association between dummy use and earlier breastfeeding cessation.

However, a 2012 study that pooled together results from many studies found that amongst women who were highly motivated to breastfeed, dummy use was not associated with shorter breastfeeding duration, regardless of the age at which dummy use begun.

It is unclear what specific mechanisms are involved in how dummy use may impact upon breastfeeding. Nipple confusion, delaying feeds or less sucking time at the breast may be possible mechanisms.

Nipple confusion is the term used to describe the different sucking actions required for a baby to suck on different things (e.g. bottle teat, dummy, breast). How a baby sucks on a dummy is very different to how he sucks at the breast. Hence, dummy use may negatively impact upon breastfeeding as the baby may somewhat ‘unlearns’ how to most effectively suck at the breast.

A baby shows that he wants to feed by showing feeding cues. If these cues are ignored because it is decided that it’s not the ‘right time’ for him to feed, and the baby is given a dummy to suck instead until the ‘right’ time comes around, by this time he may not be as interested in feeding and may not feed as well.

Overtime, this could reduce a mother’s milk supply and mean her baby doesn’t get enough milk. A low supply could affect how long a mother breastfeeds for.

Less Sucking Time At The Breast

If you are worried about how dummy use may be affecting breastfeeding, speak with an Australian Breastfeeding Association counsellor or see a lactation consultant, as there are many tips that can help.

Why Partner Support Is Important For Breastfeeding Success

Breastfeeding is a learned experience for the mother. It can time some time to get breastfeeding working well. This is why support, especially from those closest to the mother, is so important to breastfeeding success.

One study found that a woman is ten times more likely to breastfeed if her partner prefers their baby be breastfed.

There are many things a parent can do to help support the breastfeeding mother. For example, helping with settling, bathing, burping and nappy changes, and even calling to speak with an Australian Breastfeeding Association counsellor.

Also read BellyBelly’s article Blokes, Boobs and Breastfeeding — a must read for fathers and fathers-to-be.

Joining the Australian Breastfeeding Association has many benefits, the biggest one being mother-to-mother support.

How Maternal Obesity May Impact Breastfeeding

The reasons why obese mothers tend to breastfeed for a shorter duration are unclear, but there are many possible factors. For example, obese women:

If you are worried about how your weight may impact breastfeeding, speak with an Australian Breastfeeding Association counsellor or see a lactation consultant – they will be able to reassure and support you and provide you with some helpful information.

Why Doesn’t He Want Sex With Me?