Extended Breastfeeding – What You Need To Know 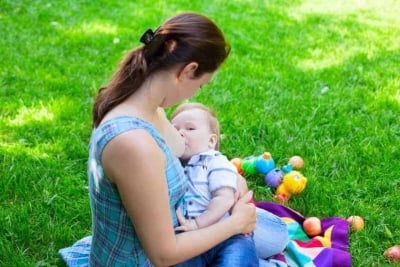 ‘Extended’, ‘sustained’ or ‘long-term’ breastfeeding — or simply ‘breastfeeding’ as mothers who breastfeed an older child like to call it — certainly causes great debate when it hits the headlines.

Some people are shocked, even outraged or grossed out by it. Yet, in many parts of the world, breastfeeding an older child is something that is seen often every day and people wouldn’t even think twice about it.

The World Health Organization (WHO) recommends breastfeeding for 2 years or more. As long as the mother and child are happy to continue breastfeeding, there is no upper limit to the duration of breastfeeding.

However, quite distant the WHO recommendations, less than 10 per cent of mothers are breastfeeding their child to the age of two in Australia. Rather than asking, “is it OK for children who are 2 years of age to be breastfeeding?”, the public health concern in Australia (and no doubt in other parts of the world) is that too few babies are breastfed beyond the first few months.

For many older children who are breastfed, this often means a breastfeed at bedtime or upon waking in the morning — not all day like a small baby, as some people might imagine. Because of this, and because very few children breastfeed beyond two years of age in Australia, it’s very uncommon to see mothers out and about breastfeeding an older child. And, when something is not often seen, it becomes unfamiliar, and unfamiliar things tend to seem odd to us — at least at first.

We All Parent Differently

When it comes to parenting, there is no one size fits all. Parenting comes in all shapes and forms. If some parents parent very differently from us, we need to try to look outside the square and remember that.

If we take off our own ideological blinkers of how parenting should be and try to see things from other’s point of view, we can better appreciate that how others raise their children can be very different from ours, and be OK with it. It doesn’t have to be what we would do (after all, every single one of our beliefs form our own, unique blueprint for life) but it’s still OK.

What Is A Natural Weaning Age?

From a biological perspective, what is the natural weaning age for humans? Katherine Dettwyler (who has a PhD in anthropology) indicates that the minimum predicted age for a natural age of weaning in humans is between 2.5-7 years, based on developmental factors and comparisons with other mammals.

Does It Cause Them To Become Dependent and Difficult?

Some critics of breastfeeding an older child claim it can cause a child to be clingy or dependent, but there is no evidence to support this belief. On the contrary, there is research that suggests a secure attachment to the mother (such as with breastfeeding until the child is ready to wean) helps children to form attachments to others and become more independent. Also, children who breastfeed until they are ready to wean tend to perceive their mothers as being more caring but less over-protective.

Spending time in Australian Breastfeeding Association circles, where breastfeeding an older child is much more commonplace, one would see that these children tend to be confident, friendly and sociable.

Is It For A Mother’s Own Gratification?

Critics say that breastfeeding an older child is for the mother’s gratification. In fact, it is just the opposite. You can’t force a child to breastfeed. On the contrary, children are often actively weaned by their mothers. There are some mothers who actually end up breastfeeding for longer than they intended to as they simply respond to their child’s needs. All children will eventually stop breastfeeding on their own.

Commonly, mothers actually don’t start out intending to breastfeed an older child. It’s often something that evolved and ‘happened’ along the way as their child got older. They had all pretty much just kept going because it was working for them and their children. It was kind of like ‘if it ain’t broke, why do we need to fix it?’

From a nutritional perspective, breastfeeding a toddler can provide:

When it comes to breastfeeding an older child, critics often only consider it from a nutritional standpoint. However, a child’s emotional needs are also very important. As children grow older breastfeeding becomes less about food but more about helping them to regulate their emotions. Children describe how breastfeeding makes them feel happy, good, warm, loved or cuddly. Breastfeeding can be a very useful parenting tool to calm and comfort children. For example, some older children breastfeed when hurt, upset or tired. Just like some children suck a dummy or their thumb or have a transition object like a blanket or a teddy, other children breastfeed. Neither way is wrong, just different, and all OK.

Many mothers also find that breastfeeding is a great way to ‘reconnect’ with their children after they had been separated all day and a great way of getting them settled as they often came home from childcare over-tired.

There are health advantages for both the child and mother of breastfeeding for as long as possible. For many of the benefits associated with breastfeeding, many are dose dependent, meaning that the longer breastfeeding occurs, the greater the benefit. Children who are breastfed long-term have enhanced cognitive development and reduced incidence of obesity. Mothers had a decreased risk of breast and ovarian cancer.

Many mothers who continue to breastfeed once back at work and their children go to childcare, find that their children get sick less often than children who are no longer being breastfed.

Being a parent can be a tough job. We all do it differently and that is OK. So, let’s all give each other a pat on the back and say “Hey, you’re doing a really great job”.

10 Things That Will Happen When You Breastfeed In Public

Australia’s New Healthy Food Pyramid – What You Need To Know

Australia's New Healthy Food Pyramid - What You Need To Know