Cervical Mucus – How To Identify Ovulation and Your Fertile Period 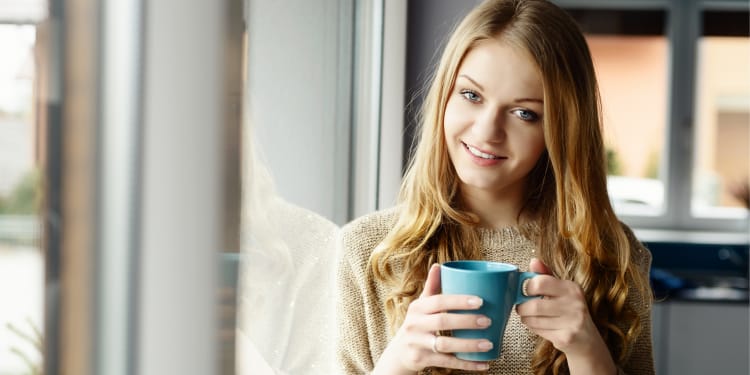 Most women are aware of the presence of cervical mucus from their teen years — or perhaps later — when they may wonder what all this mucus stuff is about!

Yet as we approach our reproductive years, mucus is worth becoming more acquainted with.

Observing your cervical mucus can be more useful than you may think. If you want to aid or avoid conception, cervical mucus observations may help you to identify the fertile and infertile times in your monthly cycle.

Knowing the different states of your mucus and what it means can be an indicator for ovulation, infertile times and fertile times.

Firstly, it’s important to note that there are some situations in which your mucus (and even your period) may be impacted by external factors, including:

Doctor Andrew Orr is a reproductive and women’s health specialist, having helped over 13,000 couples to conceive a baby. He says the following facts are often overlooked, but have been confirmed in studies:

Doctor Orr says, “The whole cycle for a woman should be deemed as fertile. For people trying to avoid pregnancy, they need to know there are very few days in a womans cycle where she is not fertile. If people do want to do proper charting etc, they should see a properly trained natural fertility planner, who is trained to read the signs properly.”

How Do You Observe Cervical Mucus?

There are three ways you can do this, depending on what you are most comfortable with.

Once you have some mucus on your fingers, between your thumb and index finger, press them together and stretch the mucus — take note of what the mucus does. Does it stretch? Does it stay in shape and is tacky? Is it slippery? Is it clear, yellow or cloudy?

Just as every woman’s cycle is different, so too is her mucus pattern. This may be due to varying cycle lengths and stages or other factors effecting it’s production as above mentioned. Below is a fairly common cycle of mucus production, starting with the end of your period.

After your period, you may find that you have a few days with no mucus (dry). Any mucus that is seen at this time is infertile. If you do find mucus, it will likely be sticky and may come out as a blob.

Words women use to describe their infertile mucus at this time include:

Infertile mucus feels more dry to touch than fertile mucus. It may be yellow, white or opaque. Upon observation by touch between your thumb and index finger, you will find that it does not stretch or move — it is quite thick.

Following infertile mucus, you may then experience possibly infertile or slightly fertile mucus. Mucus in this state responds to increasing levels of oestrogen and is usually sticky and may feel damp. There is only a slight chance of conception — sperm will find this form of mucus particularly hard to swim through.

Words women use to describe their infertile mucus at this time include:

Possibly Infertile or Slightly Fertile mucus still feels more dry to touch than fertile mucus. It may be yellow, white or opaque. Upon observation by touch between your thumb and index finger, you will find that it does not stretch or move much but it may be damper or in more quantity.

Fertile mucus usually signals the impending arrival of ovulation and if you are hoping to avoid conception, you must avoid unprotected intercourse at this time. Your mucus may change to a more watery state and feel more slippery. You may find this mucus is more abundant than the previous forms of mucus.

Words women use to describe their fertile mucus include:

Fertile mucus feels wet and slippery compared to infertile mucus. It’s likely to be clear mucus or have a cloudy/white colour to it. Fertile mucus will even smell sweeter (and apparently taste sweeter) than less fertile mucus which may have a more vinegar scent, however the most important observation to make is the wetness/slippery observation.

This time is the most likely time to find what is commonly known as EWCM (egg-white cervical mucus) or spinn (short for spinnbarkeit which is german for spiderweb). EWCM is ‘stringy’ hence coming from the word spiderweb. It may appear as a glob, or in smaller amounts in more watery mucus.

Not all women experience this form of mucus so don’t be alarmed if you don’t notice any EWCM. Some women swear by Evening Primrose Oil to increase their levels of EWCM, however see a naturopath and they can suggest an appropriate dosage for you. If you were to stretch EWCM between your thumb and index finger, you may notice it stretches, unlike the infertile mucus which keeps it’s shape. You can see why this form of mucus favours sperm — it has a consistency similar to sperm and creates an ideal environment for them to reach the egg.

For a more detailed article on ovulation, check out Ovulation Signs & Symptoms.

Following ovulation, you may find that the mucus may quickly return to the thick, tacky mucus or you may have none at all, leading up to your period. Some women experience a glob of mucus prior to getting their period, which is infertile.

There are so many benefits to keeping a record of cervical mucus, especially when you are starting out on your conception journey. You will quickly notice your own, unique cycle pattern – you’ll become a pro at being able to tell when you are most likely to be ovulating, infertile or fertile.

Observations will become easier, like habit, and when putting together mucus information with other charting observations (see the article on Charting For Conception), you will have an even better idea on when you are more likely to aid or avoid conception.

How To Become A Doula – 3 Important Things To Consider

Co-Sleeping With Baby: Is It A Part Of Bonding?

Co-Sleeping With Baby: Is It A Part Of Bonding?