Shettles Method – Trying For A Boy Or Girl 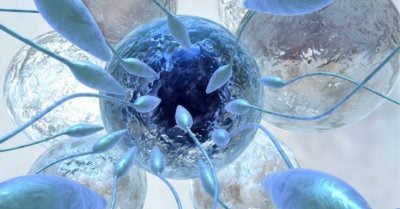 Gender selection has long been a topic of debate.

While some gender selection methods claim to be highly successful, they often disregard other methods, claiming their own to be more accurate.

The Shettles method is a gender swaying method that has been around for decades, and it has it’s fair share of believers and skeptics.

Of course, the most desirable outcome from conception is a healthy baby, no matter which gender. Gender selection should not rule your attempts at conception. Some gender selection methods can actually decrease the chance of conception due to timing methods.

Please note that the information below on the Shettles method has been included due to popular request and is for reference only. It is not guaranteed to give you the ‘recipe’ for the desired gender you are trying for.

Since the 1960s, Dr. Shettles has recommended gender selection methods which he claims is upheld by scientific evidence. The Shettles method has two distinct advantages: the methods cost nothing and you do not require and medical treatments to conceive.

Men produce two types of sperm — X being female and Y being male. This will determine the sex of your baby. Doctor Shettles found from his studies that the male sperm are smaller, weaker and faster than the female sperm, which are bigger, stronger and slower.

Therefore, he was able to come to the following suggestions to help couples try and choose the sex of their baby.

The most important gender swaying factor according to the Shettles method is the timing of intercourse.

Shettles says the closer to ovulation you have intercourse, the higher the likelihood you will have a boy. This is because he claims male sperm are faster than female sperm, and will likely reach the egg first.

However, a study some years ago found there were no differences between X and Y sperm in terms of how fast they swim.

If you would like a boy, Shettles says intercourse should take place during times of peak fertile mucus, or no more than 12 hours before ovulation.

You can detect ovulation through charting or with ovulation prediction kits (similar to pregnancy tests). If you chart your cycle temperatures daily and have a temperature dip, this is a good time to have intercourse, or alternately, the following morning.

You can also have intercourse for a boy when your cervical mucus changes into stringy, fertile mucus — like egg white.

If you have intercourse two to four days prior to ovulation, the Shettles method states this favours the conception of a girl. This is because the female sperm live for much longer than the male sperm. It allows for more female sperm to reach the egg.

So if you would like a girl, avoid having intercourse during times of your peak fertile mucus (egg white cervical mucus) which would be more conducive for a boy.

By following the Shettles Method, there is less chance of achieving female conception as you are not having intercourse during your peak fertile times. So if pregnancy is more important to you than having a girl baby, the Shettles method may not be for you.

The ideal time to have sex for a boy is when the vaginal environment becomes alkaline, which is on the day you ovulate.

For a boy, the Shettles method advises not have intercourse for four to five days prior to ovulation. You should use a condom if you wish to have sex during this time.

For a girl, Shettles recommends daily intercourse from the end of your period until 2-4 days prior to ovulation, then no intercourse until 2-3 days after ovulation.

Sexual position is said to help your chances of gender selection due to both depth of penetration and pH levels. The closer to the opening of the vagina, the more acidic the woman’s reproductive tract is.

Shettles method suggests a position with deeper penetration (e.g. doggy-style) for a boy. This will apparently place the male sperm closer to the egg, giving them a head start.

The Shettles method recommends the missionary position when trying to conceive a girl.

To conceive a boy, the woman should try to achieve orgasm either before or at the same time as her partner — or if you are lucky enough, multiple female orgasms can help!

The Shettles method says that the waves of the orgasm will help to draw up the sperm quicker to the egg, again giving the boys getting a head start on the girls.

Here’s one for the men: if you’d like to try for a boy, the Shettles method suggests for men try and keep the scrotal temperature cool.

This means no hot spas or baths and no tight clothing or underwear. Boxer shorts are a good alternative. Avoid scuba diving and heated vehicles for extended durations (or other areas of high heat).

Shettles suggests a few cups of strong coffee half an hour before intercourse to favour a boy. As long as you’re aware that too much caffeine can impact on fertility, as well as your health and wellbeing.

What is the success rate?

Doctor Shettles claims that his methods for a boy have a success rate of 80-85% and the methods for a girl are a little less at 75-80%.

If you are experiencing feelings of gender disappointment, BellyBelly has published an article on this topic here.

How Often Should I Feed My Baby?

Hydrocele In Newborn And Babies | What You Should Know