Sperm Facts – 8 Things You Wont Read About On Wikipedia 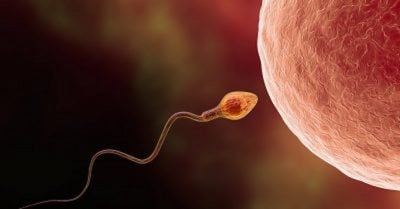 Biology 101 tells us that it takes a sperm and an egg, not just an egg (as many people seem to forget), to make a baby.

So what do guys do when they hear this?

They bury their heads in the sand and say, “My boys are fine, I just know they are,” and guzzle more alcohol to block out the idea of their swimmers having two heads, two tails and swimming around like a drunk in a pool.

Guys are shockers when it comes to keeping their sperm healthy, and that’s why I will always be in business for fertility services.

Apart from the downsides of these sperm issues, there are some really interesting facts and features about sperm.

But most of the time, Doctor Google has you all believing things that just aren’t true at all. So let’s look at the real facts about sperm.

It Does What? 8 Secret Facts About Sperm

Bring your sense of humour along as you read these interesting facts:

Research has shown that women who have unprotected sex (not that I advocate this unless in a healthy relationship) or oral sex are less likely to have depression; they have healthier moods and immune systems, and are happier in general. Sperm helps increase oxytocin, prostaglandins and serotonin in women, according to the The State University of New York’s study.

#2: Sperm Can Make You More Fertile

Semen isn’t just the vehicle for carrying sperm; it also plays a crucial role in triggering ovulation, according to a recent study.

Scientists have discovered the protein in the sexual fluid acts as a hormonal signal to the female brain. This triggers the release of other hormones that signal the ovaries to release an egg.

Studies have shown that sperm actually assist in embryo implantation, via several chemicals and hormones. Yet many people are told to refrain from having sex after IVF. I can tell you that you need to have more sex; ignore the BS and listen to the research that proves otherwise.

#4: Storing Up Sperm Does Not Make It Better

#5: Sperm Do Not Last For Days

After ejaculation into a woman, most of the 300-500 million sperm that set off are dead within an hour, and only about 5-10 single sperm actually survive the journey to the tubes, where more than half of those die off. Sperm are killed by acids, or by the woman’s immune system; they die in the tubes; they die or get lost in the uterus, and so on. Only the fittest survive the race to pregnancy. Sperm might be able to last for several days – even up to 5 – but the chances of this happening are very slim.

Yep, there are cooking books with recipes that use semen.

One, for example, is Natural Harvest – A Collection of Semen-Based Recipes, where semen is described as “not only nutritious, but it also has a wonderful texture and amazing cooking properties. Like fine wine and cheeses, the taste of semen is complex and dynamic.”

Well there you go, crack open the Grange now.

#7: Sperm Is Good For Your Skin

Sperm contains minerals such as zinc, vitamin C, prostaglandins, collagen, vitamins, amino acids and many other health things to benefit the skin. Bioforskning, a Norwegian company, has synthesized the compounds into a facial cream. According to Bioforskning, the cream, Spermine, is 30 times more effective than vitamin E and can delay the ageing process by 20 percent. However, nature’s most natural facial cream can cost you a whopping $250. I’d like to see them try to market that at Myer.

#8: The First Sperm Under A Microscope

Antonie van Leeuwenhoek was the person to view sperm under a microscope. On a bright day in 1677, in the city of Delft, Antonie van Leeuwenhoek makes love to his wife. But moments after he shudders with orgasm, he hurries out of bed to grab his microscope. After all, he’s not just spending time with his wife: he’s conducting an important scientific experiment at the request of the Royal Society in London. Sounds like nothing much has changed for some men. Now some just rush to watch the footy.

Well, there you go: 8 things Wikipedia doesn’t tell you about sperm. The good, the bad and the downright hysterical. You heard it here first, folks – this doc provides you with news that other people are too scared to report. Hope you have a laugh and enjoy sharing it with friends.

Life is too short to be serious about a serious topic!

Dr Andrew Orr has supported 13,000 patients to have babies, and sees clients from all over Australia in his clinic in Brisbane. For more information visit his website.

Is Skin To Skin After The Birth Putting Babies At Risk?

Is Skin To Skin After The Birth Putting Babies At Risk?