Weird Things Couples Do To Get Pregnant [VIDEO] 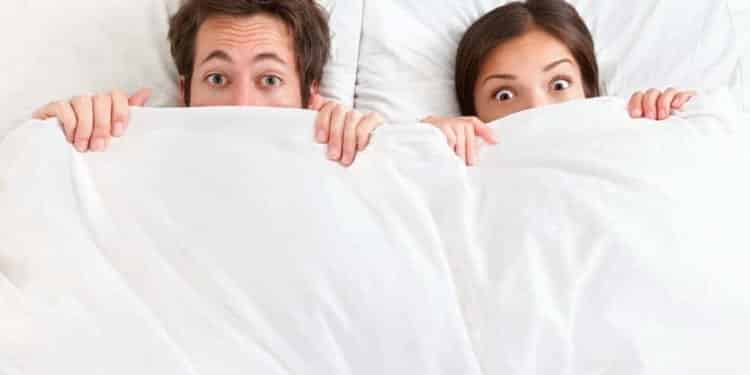 Trying to conceive is serious business, but that doesn’t mean you can’t laugh at it.

Most couples will have a couple of funny anecdotes to share about the things they did when trying to conceive.

From back-breaking sexual positions to sex in weird places, there’s not much a couple won’t do when they’re trying to become parents.

As close friends will tell you, it’s not all lust-filled sex and positive pregnancy tests. For many, it takes at least a few months before that all important line appears in the pregnancy test window.

What Really Happens When Couples Try To Get Pregnant

The first month is exciting. There is sex on demand, it’s exciting and both parties feel hopeful that they will be in the 20 percent of couples who conceive in the first month. If it doesn’t work out in the first month, however, the excitement of trying can soon wear off as the worry sets in.

Before you know it, there are glasses of pee littered across your bathroom as you try desperately to work out when you should be having sex to maximise the chance of conception. You’ve both stopped putting the effort in and, sadly, sex can sometimes feel like a chore.

This BuzzFeed video captures it all perfectly. From the initial excitement to the wane in interest, and the ‘Don’t jerk off,’ comments before leaving the house. Watch this comical take on a couple trying to conceive. Think of it as a game of Trying To Conceive Bingo, how many of these scenarios can you tick off?

From germ-infested sex with your snot-nosed partner, to checking your phone during monotonous sex. From lying with your legs up in the air right after sex in the hope of preventing any sperm from escaping, to both partners feeling less than enthused about the sex they’re about to have. This video captures trying to conceive in all of its worry-filled, passion-less glory.

It’s all worth it in the end though, as the couple in the video realise they are expecting a baby. Have your tissues at the ready, this is weirdly emotional for a funny video.

If you’d like another light-hearted look at what it’s really like to conceive, check out BellyBelly’s article 9 Types Of Sex You’ll Have When Trying To Conceive.

Vaginal Examinations – 7 Things You Should Know