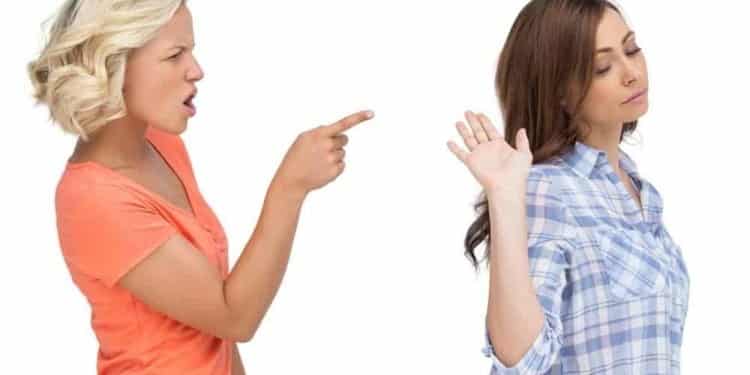 Wouldn’t it be great if we could all just get along?

If we could all live in harmony, respecting everyone’s decisions and differences?

It would make for a better world, that’s for sure.

Especially considering we’re lucky to be running on more than four hours of sleep.

Being a new parent is tough. It can also be isolating and leave you feeling a little out of your depths.

When you’re facing all that, the last thing you need is to end up in a heated debate about your parenting choices.

There are certain topics that seem to get most new parents on the defensive. It’s not clear whether this is because of an impassioned belief that they’ve made the right choice or a deep fear of being judged for their decision.

What is certain is that these parenting choices can divide a group of new mothers in less time than it takes to open up a Tupperware of pureed baby food.

The problem with this is that defensiveness prevents new information from being shared. If new parents can’t sit round and openly discuss something, then nobody learns anything new.

These topics are controversial, or at least they always seem that way when discussed by a group of new mamas. In truth, three years down the road, you’ll struggle to remember what all the fuss was about. As a new mama, you are totally switched on to your baby, you have information (and heaps of misinformation) flying towards you from all directions, you’re tired, hormonal and perhaps even feeling a little lost (a total lack of me time can do that to even the strongest woman).

8 Of The Most Controversial Parenting Topics

So, with the hope of encouraging a truce so that all new parents everywhere can stop bickering and simply support each other, here’s a list of the most controversial parenting topics:

This battle has been fought since the start of man, or the invention of formula milk anyway. Who knows, maybe before that women used to feel judged over whether they used a wet nurse or not. This is one parenting topic that is bound to stir up some awkward pauses in a parenting group. The whole ‘breast is best’ slogan has been long abandoned by breastfeeding groups and is primarly used by formula companies these days. Here are five interesting facts about the history of breast is best.

The science is clear, but personal circumstances are not. While 96% of Australian mothers do initiate breastfeeding, not every woman can or wants to breastfeed.

However, most mamas, whether they breast or formula feed, feel judged by their choice. Formula feeding mamas worry that people think they should be breastfeeding, and breastfeeding mamas worry that everyone thinks they’re exhibitionists (watch this for a laugh about that). In reality, most women only have the energy to care about how they feed their own baby, and couldn’t give two flying hoots about what anyone else is doing with theirs.

So, let’s move on from this one, shall we? Do your own scientific research, speak to your healthcare provider for advice and decide what you want to do. Then make a pledge not to give any hoots about what anyone is doing or what anyone else thinks about what you’re doing. Read more about breastfeeding here.

Controversial Parenting Topic #2: How To Give Birth

Did you have a drug-free home birth surrounded by candles and the supportive arms of your loving partner?

Or did you have what can only be described as an out of body experience that culminated in you feeling terrified and in pain?

Conversations about birth feel controversial because birth is a huge deal. Emotions are still raw and some women feel unhappy with the birth they ended up with. It can sometimes feel like everyone wants to outdo each other when it comes to horrific birth stories. The details grow more scary and gruesome with each new share.

If you had the peaceful birth, you can feel like a bit of a smug idiot sharing your story. At the same time, hearing wonderful birth stories can really pee off mamas who feel they were robbed of the birth experience they really wanted. It’s hard, but we all need to find peace with the cards we’ve been dealt.

The clue to avoiding controversy with this one, is to focus on your own experience. Avoid generalisations and stick to your own birth story.

Controversial Parenting Topic #3: When and How To Begin Solids

Giving your baby her first taste of solid food is something all parents look forward to. This seemingly innocuous activity is a minefield of potential controversies.

When to wean? Do you wait for the World Health Organisation approved six month mark, or go in early because you can’t bear to wait? Do you go with Baby Led Weaning and put your baby in charge of the weaning process, or opt for purees? If you go down the puree route, do you painstakingly make your own every Sunday night or purchase the ready made jars? Do you go for organic, avoid sugar and gluten or just feed your baby whatever you yourself are eating?

Like the other controversial parenting topics, do your research, talk to your healthcare providers, and then make the choice that is right for you and your baby.

This is one parenting topic that can quickly stir up a heated debate. Many parents choose to keep silent about the choices they make because they simply don’t want to face any backlash.

Some parents choose to cosleep with their baby in a family bed. Other couples sleep separately for a few months so that mama can cosleep with the baby and allow their partner to get some rest. Moses baskets, cots, cribs and side sleepers, there are so many different options on the market.

Whatever you decide to do, read the science, and make an informed decision. Then commit to not giving a crap what anyone else thinks. Sleep is important, so don’t lose any worrying over what friends and family members might think about your bedroom situation. Check out these safe cosleeping tips for more information.

Okay, it’s a bit of a weird term, I’ll give you that one. But babywearing should hardly be stirring up such a fuss. It simply means carrying your baby using a sling, wrap or fabric carrier. And yet, this seemingly innocent act seems to offend a lot of people.

Not many babywearing mamas can say they have been free from hurtful comments or probing questions from friends, family members and strangers alike. You can barely get to the end of your street some days without people stopping to comment on your poor back or the rod you’re making for it.

If you’re a babywearing mama, focus on the benefits and how helpful it has been for you. If you choose not to babywear, for whatever reason, don’t give a second thought to pushing your stroller passed a group of babywearing mamas. Do what keeps you and your baby happy.

Smacking doesn’t work, that’s the science. It simply doesn’t work as a way of changing behaviour in the long term (you can read all the studies and find out more here). And yet, for many people, this is still seen as the norm.

If you choose not to handle undesirable behaviour with a smack, you’re seen by some as a ‘new age’ hippy parent. The idea of treating children respectfully and as equals may still seem bizarre to some now, but hopefully in a few years that won’t be the case.

A newer contender on the scene, this is yet another issue that many mamas disagree about. There are two obvious extremes, the my-kids-play-with-nothing-but-screens-all-day-long and the screens-are-banned-in-my-house. Most parents lie somewhere in the middle.

We all know that screen time for under twos is not a good thing, in fact it’s a bad thing, but if it buys you five minutes to do something important or regain your sanity, is it really so terrible?

Sleep training. Yep. This one is pretty controversial. Loads of parents swear by it and say it restored sleep in their house. Others couldn’t hate the idea more. Science is on the side of the nay sayers with this one, saying that sleep training is not good for babies. Being left to cry can actually change the way a baby’s brain develops.

Yes, being woken up every 45 minutes sucks massively. Oh, it sucks so bad. It’s actually the worst thing ever and can leave you feeling barely alive.

But, and it’s a big but, it really won’t last forever, whereas the damage caused by using the cry it out method might – many world leading experts on infant sleep advise against it. Check out BellyBelly’s article on sleep training for more information.

Being a new parent is quite the challenge. The lack of sleep, navigating ever changing advice and constant worry about what other parents think can leave you feeling drained in every sense of the word. What it comes down to is making the choices that are right for you, and not giving a thought to what others think of you.

You can be open to new information without feeling the need for being defensive. You might find this new information changes your mind, but often it it helps to reinforce the decisions you’ve already made. Whatever the case, just trust your parenting instincts and worry less about those around you.

Comfort Feeding - 5 Reasons Why It's Great For Mamas And Babies