Mother Arrested For Refusing To Circumcise Her Son 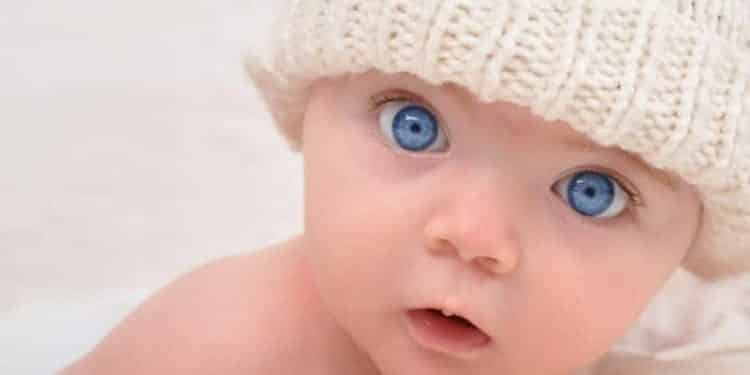 A Florida mother was arrested for refusing to comply with a court order to have her four-year-old son circumcised. Regardless of how you feel about circumcision, you can’t help but feel for everyone involved. A mother, believing she is protecting her son from an elective surgery, now sits in jail.

Heather Hironimus and Dennis Nebus were never married, but share joint custody of their son, Chase. They have been fighting since Heather’s pregnancy. When Chase was one, Heather signed an agreement to have him circumcised. After further research Heather changed her mind, giving way to this long legal battle began.

Why is this news?

Custody battles are nothing unusual. Circumcision. It’s a hot button topic, one fueled by culture, religion, societal norms, and mixed with some conflicting evidence.

Circumcision has long been a part of religious culture. Regions with high Jewish and Muslim populations continue to have the highest rates of circumcision.

The popularity of circumcision in the US dates back by only around 140 years to Dr. Lewis Sayre, a founder of the American Medical Association. Sayre believed the genitals played a large role in many medical conditions. He believed circumcision could be used to treat mental health issues, epilepsy and a variety of infections.

Click here to see a video clip about the real reason why he’s circumcised. It’s taken a humourous angle based on some historical facts.

What Stance Do Medical Organisations and Governments Take?

From the American Academy of Pediatrics official statement:

“The American Academy of Pediatrics found the health benefits of newborn male circumcision outweigh the risks, but the benefits are not great enough to recommend universal newborn circumcision.”

The AAP believes the final decision should be left up to the parents to make in the context of their religious, cultural and ethical beliefs. Something that can become complicated when parents don’t agree!

In Germany, May 2012, a Cologne court ruled that the circumcision of a young boy on religious grounds amounted to grievous bodily harm, and was therefore illegal. Another law was eventually passed which kept it legal, but included standards they felt would provide protection to infants undergoing the procedure.

Norway recently began requiring all state-run hospitals to offer newborn male circumcision. Circumcision has not always been the cultural norm and therefore many Norwegian doctors are still refusing to offer elective circumcision.

In 2010 the Royal Australian College of Physicians released this statement, “After reviewing the currently available evidence, the RACP believes that the frequency of diseases modifiable by circumcision, the level of protection offered by circumcision and the complication rates of circumcision do not warrant routine infant circumcision in Australia and New Zealand.”

What Are The Circumcision Rates?

Circumcision rates vary greatly by region. In the US they even vary significantly state to state, and we’re seeing a decline in circumcision in younger generations.

Why Do Some Families Choose Circumcision?

For Jewish and Muslim families it is a deeply routed religious practice.

Some studies, conducted in developing countries, found circumcision could reduce the risk of acquiring HIV or an STI. However, similar studies in industrial counties, such as the US and Australia, have not showed the same result.

Why Do Some Families Choose Not To Circumcise?

Circumcision is not the norm in some communities and regions. For some families there is little if any thought about choosing to circumcise.

Many families research and decide the risks of circumcision do not outweigh the benefits. Parents might be concerned about bleeding, scarring and even death. One estimate, based on a review of death certificates, is 117 infant deaths in the US are associated with circumcision. These statistics are not widely accepted by the medical community, but it does cause many parents to think seriously about circumcision.

Some studies have found that adequate pain relief is not used, or even available, making the procedure traumatic for infants.

Parents might also feel their child has the right to make such a permanent, not medically necessary, decision about their own body and one that could impact their sexual health.

This court case shows just how far the circumcision debate can go. Two parents with strongly opposing views can keep fighting all the way to federal court. Strangers will rally in support of a parent they feel is protecting her child from an unnecessary procedure.

Even renowned figures are weighing in on the debate. Scientist Richard Dawkins tweeted, “Mother jailed for refusing to have her 4-yr-old son circumcised. WHAT? Can the world get any madder than this?”

Heather has seen support all over social media. Campaigns such as #FreeHeather and #SaveChase have been growing.

UPDATE: Since this article was written, despite all of the support and media attention, Heather has since dropped the court case. Dennis Nebus has the law on his side. On Friday May 22, Heather was forced to sign a consent form giving her permission for the circumcision to take place. This was required of her in order to regain custody of her son.

Regardless of how you feel about circumcision, this case raises a lot of questions. How is it that an elective procedure can send a woman to jail? How can a parent be forced to agree to an unnecessary surgery or risk custody of their child?

Mixing Breastmilk and Formula – Is It Okay?

9 Changes We Must Make To Increase Vaginal Birth Rates

9 Changes We Must Make To Increase Vaginal Birth Rates