Is a Healthy Baby All That Matters During Childbirth? 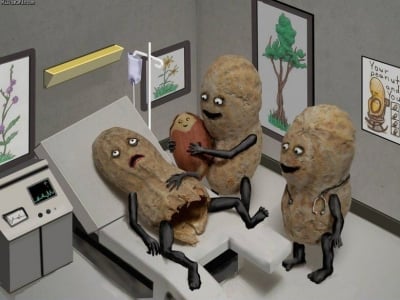 Every pregnant woman’s hope is to have a good birth and a healthy baby.

Birth is often treated as though it’s only one day.

Yet birth is an experience that lives with us for the rest of our lives.

Sadly, for many women, their actual experience of birth is not what they imagined or hoped for.

Sometimes these women are left feeling disappointed or even traumatised by their birth.

This can be incredibly confusing and distressing for a woman who is expecting to feel elated about her baby’s arrival.

Quite often, friends and family dismiss such women’s feelings with well-meaning comments such as, “at least you have a healthy baby”.

While a mother’s most important concern is a healthy baby, how her baby is born DOES matter to her.

Debby Gould from BirthTalk says, “Women often feel grateful for, and love their baby, at the same time as reeling from the experience of their birth as possibly the worst day of their life”.

During labour, women are at their most vulnerable. It can take just one detail, either physical or emotional, for a woman to feel helpless or powerless. In that state, fear can have a lasting impact.

Hospital staff may view a woman’s birth as normal or routine, but can contribute to her feelings of failure or guilt that she didn’t achieve the birth she hoped for, by telling her that her baby’s health is the only thing that matters.

Between 25 and 34% of women say their birth was traumatic. What defines trauma to each woman is different:

When Sarah* had her first baby, she believed in her body’s ability to labour and planned for a natural birth. Instead, she says her birth was traumatising and belittling.

I was coerced into things I had specifically stated I did not want.

When Sarah spoke to staff after the birth of her daughter, she was told to stop thinking about it, because her baby was healthy and that was the most important thing.

‘This made me feel like my pain and hurt/anger did not matter. It was a big trigger for post natal depression for me as I started feeling guilty about it, wondering why I couldn’t ‘just be happy that my baby was healthy.’ It really hurt me a lot.

Sarah’s experience is not isolated. When writing this article, I asked a group of Melbourne-based women if they had experienced being dismissed after expressing dissatisfaction with their birth. I was overwhelmed with stories.

Each woman’s words resonates with the pain of being told ‘at least you have a healthy baby’ when trying to process their negative birth experience.

Many were hurt that this attitude came from people close to them as well as health professionals whom they sought help and support from.

Society seems extremely uncomfortable with the idea that a mother can be unhappy with her birth if it turned out ‘all right in the end’, which translates to ‘mother and baby are alive’. We expect her to feel relieved and grateful that she and her baby are okay and to push away her inner feelings of disappointment or distress.

Of course having a healthy baby is the most important thing “ but it is not all that matters. Birth is a life changing experience and it does matter how a woman feels about it. Much of the problem comes from the perceived notion that women who care about their birth are selfish and want an ‘experience’ more than a safe birth.

Debby from BirthTalk uses this example:

“Imagine it’s your dream to go to Paris – you go! And you love it! However your plane was hijacked en route – you were terrified and it was the worst twenty hours of your life! Would the fact that you landed safely in Paris cancel the trauma of the flight? Would people say, ‘Well you got to go to Paris that’s the important thing?’ I think not”.

Being told that there is nothing more important than the end result can diminish a woman’s feeling of something wrong. She may try and minimise her own feelings, making things worse for herself. For Fiona*, this was very true.

It made me feel worse and gave me more anxiety when I thought about his birth. I felt like I didn’t have a safe place to talk and debrief. So it made my stress worse.

Fiona says she never really understood the term birth trauma until her third birth experience, which had medical complications.

I really believe people need to stop saying those words, and just listen. Let the mum talk. You don’t know how those words will affect the mum.

Katie* was left with physical and emotional scars after an episiotomy that she was coerced into was not stitched correctly.

The very first person who told me “at least you have a healthy baby” was the birth center midwife who had be assigned to me when I went into labour.

Katie felt guilty for a long time that she could not get over the disappointment of her birth experience. It took her almost a year to seek help for pain and scarring that prevented her from having sex because she felt so unsupported.

The first doctor she saw reinforced that she was lucky to have a healthy baby. Another 5 months passed before she felt able to consult another doctor who listened and was able to help.

Yes I am grateful that my baby was healthy but that does not justify the way I was treated.

It can be incredibly difficult to process negative feelings about birth if you are feeling unsupported. Many women feel they cannot complain or are told not to because they have a healthy baby.

This minimises their experience and can lead to serious effects on their emotional health and wellbeing, as well as leaving women stranded in a place of isolation because they are told they are not entitled to feel negatively about their baby’s birth.

We need to support women, especially with our words, to understand that these experiences are separate and that how they feel about their birth experience, can be totally different to how they feel about having their baby, says Debby. People in our society, especially those around mothers, including health carers, need to be supported to understand the potential unintentional damage they can do with ‘the healthy baby’ mantra.

Suicide is the leading cause of death of new mothers in many countries around the world — Australia included. Why aren’t we paying attention? Usually one death in any circumstance in the media is enough to make change. Why are we continuing to fail our mothers? People do not understand the power of their words.

If you know someone who didn’t have the birth she hoped for, see BellyBelly’s article for more information on what you might like to say.

If you or someone you know needs support, the following organisations can help:

Some birth professionals offer professional birth debriefing. To help find one in your area, contacting a doula may help — they often know people who support women emotionally after the birth. You may also like to speak to a doula who is experienced in birth reclaiming ceremonies.

*names changed for privacy reasons to conceal the identity of the women who shared their birth stories with BellyBelly.

5 Unreliable Signs That Your Baby Is Getting Enough Milk