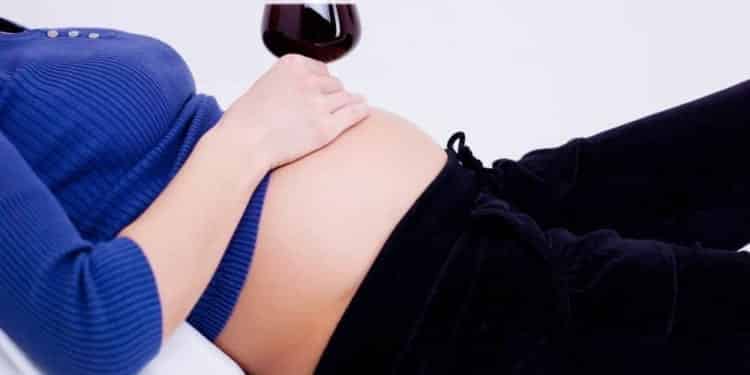 According to a new study in the British Medical Journal, drinking alcohol during pregnancy is currently a ‘significant public health concern’ that must be addressed.

The study, which looked at the drinking habits of pregnant women in four countries, found that consuming alcohol during pregnancy was prevalent and socially acceptable.

The study included over 17,000 women in the UK, Ireland, Australia and New Zealand.

The researchers looked at research obtained in various different ways across the four countries.

The study found that as many as 80% of women consumed alcohol during the first trimester.

Experts, however, say that unplanned pregnancies may play a part in this. It’s thought that women may consume alcohol before discovering they are pregnant. The number of women drinking alcohol dropped drastically between the first and second trimesters, and this could indicate that drinking during the first trimester occurred before the pregnancy was confirmed.

Results included within the study vary quite dramatically. This could be due to the different information gathering techniques used.

By the second trimester, 83% of pregnant participants from Australia, 81% from New Zealand, 71% from Ireland and 66% from the UK had stopped drinking alcohol altogether. This indicates that the majority of women choose to abstain from alcohol once the pregnancy is confirmed.

The number of women binge drinking in their second trimester ranged from 0.1 to 1% across the participating countries.

What Is To Blame For Alcohol Use While Pregnant?

The study authors say confusing guidelines are at least partly to blame. Official guidelines in Ireland, Australia and New Zealand state that women should abstain from alcohol during pregnancy. In the UK, women are advised to abstain for the first trimester, and then drink no more than 1-2 units each week for the remainder of the pregnancy. However, it is common to hear women from various countries being told by medical care providers that a glass of wine or champagne for a special occasion is okay.

Many women consume alcohol before realising they are pregnant. Whilst this may be upsetting, you should try not to worry too much about it. You simply can’t go back in time and undo it, so the key is to focus on the future instead. Rather than fretting about the past, take positive steps to ensure you are as healthy as you can be, and this includes abstaining from alcohol for the duration of the pregnancy. See BellyBelly’s article about drinking before finding out you’re pregnant.

Speak with your healthcare provider if you are concerned about your alcohol consumption during very early pregnancy. If you are finding it difficult to give up alcohol altogether, your healthcare provider will be able to offer you the advice and support you need to go alcohol-free during pregnancy. Finding an experienced perinatal counsellor or psychologist can help you work through the underlying issues triggering you to drink.

You can read the study in detail, here.

For more information about alcohol consumption during pregnancy, check out BellyBelly’s article, written by leading specialist Dr Thomas Hale, Alcohol During Pregnancy – Is It Safe To Drink Alcohol?

If you’re currently pregnant, and craving a night of your favourite cocktails with the girls, check out BellyBelly’s Mocktail Recipes: 9 Yummy Mocktails For Pregnancy.

Biting While Breastfeeding – 5 Tips To Stop It

Parenting With A Chronic Illness – 10 Tips To Help

Parenting With A Chronic Illness - 10 Tips To Help