BFP After 20 DPO Is It Possible? 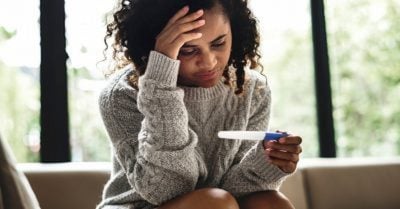 If you’re TTC (trying to conceive) and all you want is to see that BFP, it can be difficult when it doesn’t happen.

You’ve been trying all month and your hopes are up.

All you want is to see that second line on the home pregnancy test.

It seems like other women get those positive tests so quickly and easily after a few DPO!

Even worse, your period is very late, and you’re still not getting a BFP.

BFP after 20 DPO is it possible?

Read on to find out what might be happening!

How many DPO can you get a positive test?

First, let’s go over some of the most common abbreviations.

When you step into the world of trying to get pregnant, it can seem like women are talking a different language!

These are some of the most common ones:

Hopefully, this will help you to understand what other women are discussing in forums or on social media.

At what DPO is the average BFP?

Each type of pregnancy test and brand is different.

Each type of home pregnancy test measures the amount of hCG (human chorionic gonadotropin) in the urine.

When you become pregnant, the amount of the hormone hCG in your body increases every few days. Click here to read more about hCG levels.

However, there are a few variables that can cause confusion here:

These variables make many women confused about whether or not they’re pregnant.

Is it possible to get a BFN then a BFP?

It’s possible to get a BFN and then later get a BFP.

This can make some women feel a little confused, because getting a BFN doesn’t necessarily mean you’re not pregnant.

You can get a BFN and still be pregnant.

This is a false negative.

There are several factors that can cause a pregnant woman to get a BFN.

Is it possible to get a BFP after 14 DPO?

When you get pregnant, the amount of hCG in your body begins to rise.

A HPT detects this hCG in your urine and gives a positive result.

These days, HPTs detect very low amounts of hCG, so they’re able to give positive results sooner than ever before.

Some tests boast they can give a positive result only 8 days after ovulation. Read How Accurate Is An Early Pregnancy Test? to find out more.

These conditions could be:

Any changes from these can cause a BFN when you should be seeing a BFP.

You won’t get the BFP until the correct level of hCG has been detected.

If you’re pregnant, it’s very likely you’ll see a positive result on a pregnancy test by the day of your missed period.

The likelihood of a positive at this point is almost 100%.

However, some women find their period doesn’t come and they still don’t get a BFP.

This can be confusing, especially if it comes with symptoms of pregnancy.

If your period hasn’t arrived and you still have a BFN, you might be wondering what’s going on.

Can a BFP come after this point, or should you give up on this cycle?

There are hundreds of stories out there of women who have experienced this.

When we start trying to conceive, they have a way of acting even more strangely and confusing us.

There are several reasons you could be pregnant and not getting that BFP:

Try not to worry about any bad outcomes until you’ve discovered the reason for your late period.

This is especially common when a couple starts to TTC.

TTC itself can throw the cycle off.

Some reasons for late ovulation are:

When a couple begins to TTC, often the increased stress of watching the cycle can make ovulation occur.

Tracking ovulation can make this confusion less likely to occur.

Some ways of tracking ovulation are:

Beginning to TTC can also encourage a couple to make changes in their diets or exercise routines.

Maybe you decide to move to a bigger house or buy a bigger car in anticipation of adding another family member.

All of these things could be stressful enough to make ovulation happen later than you usually do.

Even women who have regular cycles can be thrown off by these changes.

There are rare cases of women who ovulate when they usually do but don’t get a positive test until many days after their missed period.

This can be due to a low level of hCG.

Although this can be worrying, it can also be normal.

There is a normal range for hCG.

Some women have very high levels. These are likely the women who get BFPs as early as 8 DPO.

Some women have lower levels, even though they’re experiencing a normal pregnancy.

This could cause you to get your BFP later.

There are some unusual situations that may cause you to get a BFN:

Having very high levels of hCG can sometimes cause you to get a BFN even though you’re pregnant.

This can sometimes be the case with multiples.

Unusual pregnancies such as molar pregnancy and ectopic pregnancy can also give unusual hCG readings.

If you feel pain, especially extreme pain, you must seek immediate medical attention.

If you’ve missed your period and are still getting BFNs a week or two later, reach out to your healthcare provider.

A blood test or ultrasound scan can confirm the presence or absence of pregnancy and put your mind at rest.

What To Avoid During The First Trimester

Do Pregnancy Symptoms Come And Go?

Victoria is a mother to one child and six cats. She began her journey in the birth world as a birth photographer, and has spent the last few years conducting research, writing, and speaking at conferences around the US. She is passionate about psychology and aims to bring the two subjects together to educate and improve birth conditions.

Do Pregnancy Symptoms Come And Go?