Call To Ban Forceps | Should Forceps Be Banned During Labor? 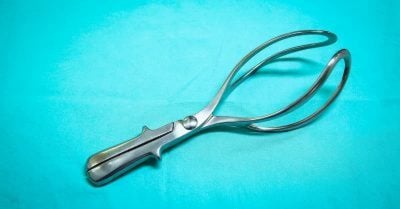 A recent call to ban the use of forceps during labor has sparked debate as to whether these instruments are life-saving or tools of injury.

As reported on ABC News in Brisbane, mother Amy Dawes had a forceps-assisted birth, which she says left her with severe vaginal and perineal tearing.

Subsequently, Amy has founded the Australasian Birth Trauma Association support group. She wants forceps to be banned in Australia – or at the very least their use to be restricted.

Most women can give birth vaginally without any need for assistance. However, there are situations when birth needs to happen very quickly, either for the safety of the mother or the baby.

In this situation, forceps may be used. Invented in the 1600s, these metal instruments have been developed and redesigned many times.

Find out more about forceps here.

At the height of the Twilight Sleep era, forceps were used almost exclusively for all women giving birth.

These days, more women will have ventouse, or vacuum-assisted births, than forceps. In 2010, 4% of Australian women had a forceps birth; 8% had a vacuum birth.

Of the women who attempt an instrumental birth (forceps or vacuum), less than 3% will need a c-section.

Typically, when a forceps birth is recommended, a c-section is also an option. Care providers should make women aware of the risks and benefits of both options so they can make an informed choice.

It’s particularly important to know there are increased risks for injury when forceps and vacuums are used at the mid-pelvic stage of birth when the baby’s head is midway down the birth canal.

Many doctors won’t perform mid-pelvic instrumental births. This is important information for women to have beforehand, particularly if they wish to have a vaginal birth and want to find a doctor who is skilled in this procedure.

In the event a mid-pelvic forceps birth is necessary because a c-section can’t be done fast enough, having a skilled practitioner can be life-saving and can reduce the chance of injuries.

If the baby is further than midway through the birth canal then a forceps or vacuum birth is usually the first option before c-section.

Should Forceps Be Banned?

Ultimately, like c-sections or episiotomies, forceps are tools that should only be used appropriately by skilled practitioners, and after all other options have been exhausted.

The vast majority of women give birth in the hospital system, which doesn’t favor normal labor and birth.

Birth has been systematically medicalized to the point where women are more likely to need assistance because of the high level of technology used to keep them ‘safe’ in the first place.

In today’s current birth climate, normal physiological birth is a rare bird in the hospital setting.

In direct contrast to the decline in instrumental births, the c-section rate has been climbing steadily over the past decades. This begs an important question: are obstetricians losing a skill set that would allow them to perform an instrumental birth safely, without risking injury to mothers and babies?

Until recently, a similar situation existed with a breech birth. Traditionally, women pregnant with babies in breech positions had no choice but to have a c-section. Care providers with the training and experience to support vaginal breech birth became rare.

A recognition of the need to fill this gap for the safety of women and babies has now led to more obstetricians being able to support vaginal breech birth, providing women with more options.

As ACOG’s Safe Prevention of the Primary Cesarean Delivery statement notes, in a survey from 2007, 55% of resident doctors in training felt they weren’t competent to perform a forceps birth when they’d finished their residency.

The statement recommends training in instrumental vaginal birth and ongoing upkeep of related skills should be encouraged.

Instrumental birth is less likely to occur when women choose midwifery-led models of care. There is a lower rate of the instrument used when women have continuous support during labor and give birth outside obstetric settings, such as at home or in birth centers.

Preventing the need for forceps birth is one step in the right direction. For those women who need to decide between forceps or a c-section to birth their babies safely, however, having access to a skilled and experienced practitioner is key to avoiding long-term injury.

Should forceps be banned? What do you think?