What Your Uterus Does During Labour 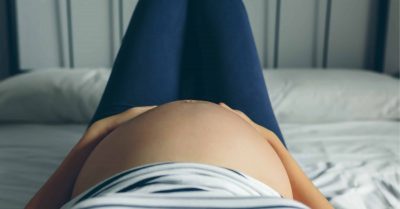 There is no other organ quite like the uterus. If men had such an organ they would brag about it. So should we – Ina May Gaskin, Midwife.

Until you’re pregnant, you mightn’t think very much about what your uterus gets up to.

You’re probably aware of it if you experience cramping during your period.

For the most part, though, your uterus is just there, basically minding its own business.

But when you’re pregnant, the uterus suddenly becomes the star attraction.

What Your Uterus Does During Labour

In the first trimester, your uterus is still hidden, so you are really the only one who feels the effects of your baby hiding away in there.

The second trimester is when your uterus starts to show off. It pushes out of your pelvic brim and announces your pregnancy to the world.

In the third trimester, your uterus really comes into its own. How on earth can it stretch this far? By the end of pregnancy the uterus is one of the largest organs in your body!

But while we realise the uterus has to do a lot of work during labour, we might not really know just how important a role this incredible organ has.

What Is The Uterus?

What Do These Muscles Do?

Each layer of uterine muscles has a very different job to do.

During pregnancy, the inner horizontal layer of muscles holds the cervix closed, keeping your baby safe inside.

Under the right conditions, during labour this inner layer relaxes, while the outer vertical muscles begin to contract, pulling the cervix open.

During pregnancy, the outer layer of muscle practises for the real thing. From about the seventh week of pregnancy, your uterus will contract and relax every day. You won’t usually feel these  practice contractions until later in pregnancy. We call them Braxton Hicks contractions (named after a male obstetrician who first described these contractions in the late 1800s).

How Does The Uterus Work During Labour?

One of the unique things about your uterus is it’s not like any other muscle in your body. Muscles are designed to contract (shorten), then return to the same size and shape when they relax.

The inner horizontal layer of muscle fibres is drawn up and back, thinning and dilating the cervix. Towards the end of the first stage of labour, the outer layer of muscles is bunched at the top of the uterus.

When the cervix is fully dilated, this bunch of muscles is ready to push the baby down out of the uterus, and through the cervix and vagina, in the second, expulsive stage of labour.

Today, most women give birth in hospitals, with the idea that hospital is the safest place to be. They’re often not aware of how their birth setting can actually work against the uterus in many ways.

The reptile brain is the part of the brain responsible for sensing danger or threats. When it does, it produces the ‘fight or flight’ response, also called the acute stress response.

During this response, stress hormones like adrenaline and cortisol are released and flood the body. They slow digestion, speed the heart rate, and shunt blood to the major muscles, readying the body for a burst of strength and energy, either to fight or to run away from danger.

All mammals have a uterus that acts in this way, to protect both mother and baby from predators during labour and birth. If the mother senses danger, a flood of stress hormones rushes through her body, and effectively stops or stalls labour, so she can move to safety.

The reptile brain doesn’t differentiate between real and imagined threats. In our earliest ancestors, the response would be activated to ensure they could run away, or fight, when faced with danger, such as a predator. In the modern world, the response is activated in situations where neither fight nor flight is appropriate, or necessary.

During labour, mammals need privacy and a feeling of safety while they are birthing. If these conditions are disturbed, the primitive brain can feel it is under threat.

Hospitals are noisy, busy and bright. They are filled with unfamiliar staff who are working according to certain policies and outcomes, and there is little privacy for mothers. It can feel like a hostile environment, and is likely to be one of the biggest stressors women will experience during labour.

How Does The  Stress Response Work During Labour?

When the stress response has been activated during labour, the horizontal layer of muscles in your uterus tenses up.

This makes it difficult for the muscles to move upwards with each contraction, because the lower vertical layer of muscles is pulling on them. It’s like trying to straighten out your arm with both the biceps and triceps muscles contracted at the same time.

Both layers of muscles in your uterus are now working in opposition. Contractions might slow down, and become irregular and quite painful.

Dilation of the cervix slows or stalls, and the pressure of your baby being pushed onto your cervix, which isn’t thinning or dilating, can be quite intense.

When pain increases, it confirms our worst fears about birth. It really hurts, sometimes more than we think we can handle.

Whenever we become more fearful, our primitive brain sends out more stress response signals and our muscles, including the uterus, tense up even more. The process continues in a repetitive cycle of fear-tension-pain.

You can read more in Can Fear Prolong Labour?

Care providers see this as a failure to progress, and attempt to get things back on track with interventions. This leads to more fear and stress response, and a cascade of interventions.

Women in this state of stress have moved beyond painful labour, and are now suffering. Without help and support, they become distressed and want the pain to be taken away.

What Can I Do To Support My Uterus During Labour?

Understanding how your amazing uterus works is the first step to an empowering birth experience.

There is so much you can do to make sure this incredible muscle has all the help it needs to do the important work of birthing your baby.

Read more in our informative article Undisturbed Labour – What Is It And Why Aim For One?

One of the most important things you can do is to think about where, and with whom, you want to give birth. This can have a huge impact on how your labour will unfold.

Be proactive in seeking out a midwifery-led model of care during pregnancy and birth. The more women who seek continuity of care maternity services, the greater the pressure on hospitals and health departments to provide them.

Here are some things you should consider, as part of your labour care:

If you experience a stress response during labour, take stock of your environment and who is in it. If you can remove whatever is triggering the stress response, it should take about 20-60 minutes for your body to return to its pre-arousal state.

Unless there is a medical emergency, you can ask to be left alone with a trusted support person in a quiet, dimly lit space. This will allow the ‘fight or flight’ response to pass, and labour to begin progressing again.

Your uterus is an amazing organ that doesn’t need to be told what to do. When you’re feeling fear about being able to birth your baby, its power is incredibly intense and can be overwhelming.

But remember, it’s your body creating that power, and you can decide to fight it or use that power and go with it.

Folic Acid In Late Pregnancy Can Increase Risk Of Allergies