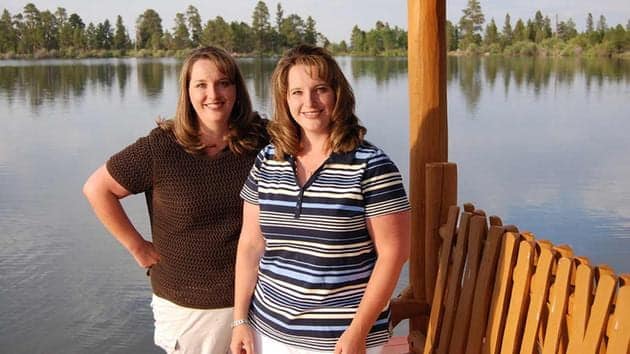 The chance of having identical twins is about 1 in 285.

However, two identical twins sisters from Utah are breaking those odds… and plenty more!

The sisters are both approaching their second trimesters, and were excited to share their news with the world.

The sisters already have a set of twins each, born just 11 months apart. That in itself is pretty incredible, but to add a second set of identical twins each due in the same month, well, that’s just freaky.

The sisters seem to be living parallel lives, both are teachers at the same school. They even married two best friends. The sisters are very close and say they are best friends.

Speaking to KSL-TV, Kelli Wall said: “It’s a unique story, because I always felt my sister and I had a special bond. And we’ve always kind of looked out for one another, and I thought ‘Oh wouldn’t that be fun to have our kids experience the same thing.’”

There are some risks associated with identical twin pregnancies, so it’s likely that Kelli and Kerri will be carefully monitored throughout. The sisters probably already know what they’re doing though, having both already given birth to identical twins. And, if they’re looking for advice, they can probably ask their mama who is pretty experienced too. That is, if she’s not too busy saving up to buy Christmas presents for all her grandchildren.

Know someone expecting twins? Here’s how you can help.

Man Proposes… But It Wasn’t To His Girlfriend

Survey Reveals Which Children's Age Is The Most (And Least) Fun