Labour In The Movies Vs Real Life – 7 Major Differences 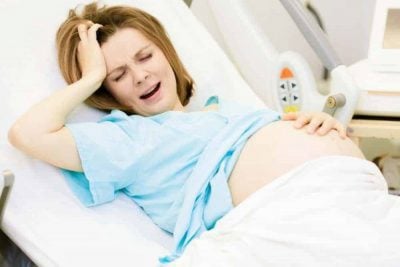 Advice to first time pregnant mamas-to-be: forget everything you’ve ever seen on TV or the movies about birth.

Most on-screen labours depicted are very far from reality and some look quite traumatizing.

It’s rare the media ever shows birth as anything less than a dire emergency that could cause the death of baby or mother at any second.

What else would really keep the audience on the edge of their seats?

Most of the focus is on how quickly things can (and invariably do) go wrong, and how much pain there is, rather than the amazing miracle the mother’s body is performing.

Labour In The Movies Vs Real Life

Here are 7 ways labour in the movies is not the same as real life:

In most movies when a character goes into labour she is in a public place (usually a supermarket) and her membranes rupture in a tsunami of amniotic fluid. Mama-to-be tries to avoid attention while waddling out of the store, leaving behind a large puddle for the store to deal with.

Reality: Of the 10-15% of women who experience their waters breaking at the start of labour, most find this happens during the night or early in the morning (hint: put a waterproof cover on your bed). I’m not saying it can’t happen, but the reality is, it’s highly unlikely.

A large gush is very rare – most of the time the baby’s head is well engaged and prevents more than a trickle being released.

On screen, once those waters break, mama-to-be is immediately having intense contractions. She is in the worst pain ever. Or so it seems, as we watch her doubled over clutching her belly and screaming. During the whole labour (which is often depicted in just 30 seconds) there’s a lot of screaming.

Reality: First time labours generally start with a buildup called prelabour. This is the very early stage of labour, when the cervix is ripening. You might feel a few cramps or niggles, or even have a backache.

Even when contractions start becoming regular, there’s space between them. More intense contractions are likely to occur later on when active labour is well established. By this time, you have plenty of endorphins working for you. Endorphins are nature’s pain killers, which help you cope with contractions and to zone out between contractions.

Here are 8 fantastic tips for a low stress early labour at home.

Now that our onscreen pregnant mama is in labour, it’s time for the urgent rush to hospital. Friends, family or her partner act as though the baby will fall out any second from the first few contractions. Cue running red lights and police lights flashing in the rearview mirror, while mama is being raced at top speed to the hospital.

Reality: As previously mentioned, labour is rarely an emergency event from the outset. Oxytocin, the hormone responsible for contractions, is released in increasing levels over time. Contractions can be anything from an hour to 30 minutes apart at the start of active labour.

Even then, most hospitals advise not to come in until contractions are less than 5 minutes apart. Why? Moving into a new space during labour can promote adrenaline production, which slows down labour – meaning you can be sent home again until contractions pick up again. The racing to the hospital scenario (as soon as labour begins) in the movies is more likely to stop labour than speed it up.

Once in hospital, our on-screen mama gets to lie down on a bed or sit semi reclined with her legs in stirrups. Even in the movies where a labouring woman is in a jungle or on a train, we usually see her lying flat on her back.

Reality: Lying down while in labour was introduced in the 17th century and was purely for the convenience of doctors. The practice continued in the hospital maternity system until the mid 1900s, but has since been shown to be detrimental to labour progress. You can read about other birth practices from the past which are harmful or shocking, here.

Well-known natural birth advocates encouraged women to move around in labour and birth, in whatever position felt most comfortable. Upright positions allow a woman’s pelvis more room to open to allow the baby to pass through.

Find out more about active birth and why it’s so good for mothers and babies.

#5. Scene: Most Of Labour Is Pushing

Most onscreen labours start with a bang, showing one or two first stage contractions, then once the race to hospital is complete it’s straight to pushing. The focus is then on mama’s contorted purple face as she is instructed to push with all her might, while sitting or lying with her legs held wide open.

Reality: The fact that our onscreen mama has only been in labour for about 15 minutes would indicate she’s not dilated yet! First time mothers average 10-12 hours of first stage labour, which is when the cervix slowly ripens and opens.

Pushing on average takes 1-2 hours for first time mothers. We now know that sitting or lying down is a counter productive position to be in during labour, especially pushing. The mother is pushing against gravity; the baby is trying to navigate a space that is decreased by up to 30% in this position. Coached or directed pushing is likely to increase the risk of tearing or fetal distress.

#6. Scene: Yelling At Your Partner

Most of the time, the woman’s partner gets the rough end of the deal. Mama-to-be is screaming about how much pain she is in and how it’s all his fault. She’s probably yelling for drugs and saying all sorts of crazy stuff.

At this point the partner is probably terrified and has no idea what to do, if anything. Often the staff take over the role of ‘support’ and the partner is merely a recipient of the woman’s abuse.

Reality: Today women are far more proactive about ensuring they have enough support during labour. In order to achieve a positive birth experience, there are many options for being empowered to avoid interventions.

Women and their partners have lots of choice when it comes to independent birth education, ranging from birth preparation to hypnotherapy sessions. Doulas are also increasingly a must have in the birth suite, to support couples to have a positive birth experience.

In many onscreen births, the last moments as the baby is being born or immediately after are fraught with tension. The baby is usually stuck and the mama-to-be has to push until her eyes pop out of her head trying to get the baby out.

Often a doctor will come rushing in and while we won’t actually see what is being done, we know implements are being used and there will be stitches required. Once the baby is (finally) born, it’s rushed over to the other side of the room to be checked and cleaned before being returned to mama.

Reality: Birth in the last few moments is usually tense because everyone is waiting to meet the baby! If there are any problems, the midwives and doctor usually try a number of techniques to help baby be born without too much trauma, although if it’s a medical emergency there may be a need for urgent assistance.

These days most women are aware of the importance of early skin to skin and an undisturbed first hour after birth. With a solid birth plan and great birth support, there should be no need for your baby to leave your side until you are ready.

The myth of birth as a medical emergency is constantly reinforced by shows such as One Born Every Minute and labour scenes in popular movies like Knocked Up.

Recommended Reading: Natural Birth – 10 Tips To Help You Achieve One.