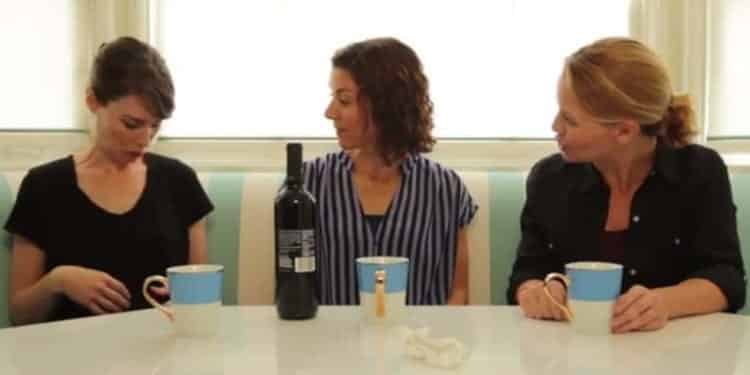 Nobody likes to think they’re rude to their kids.

We all want to believe we’re the absolute best parents we can be, even when we know we’re really not.

You probably think you’re respectful and polite to your kids, after all, that’s the behaviour you want to model for them.

You might be surprised to discover that, actually, you’re not as polite to your kids as you think you are.

Even the gentlest, kindest parents have snappy days.

It can be tricky to determine how well you’re treating your kids, but a simple way of doing it is simply to imagine they are adults.

Would the things you say seem rude if you were speaking to a grown up friend? Or would you expect them to stop returning your calls because of the way you speak to them?

Everything That’s Wrong With How We Talk To Our Kids

Comedy group, The Break Womb, made a video showcasing this very thing. The three minute short entitled If Moms Talked To Each Other The Way They Talk To Their Kids captures everything that’s wrong with how we talk to our kids. This video will tickle you, but it will also give you a lot to think about.

How many times a day are you unintentionally rude to your kids? Do you interrupt them, hush them and use an impolite tone of voice? Would you speak to your friends in the same way? Or, more importantly, would you stand for your friends speaking to you that way?

Laurel Coppeck, Molly Erdman and Megan Grano wrote and starred in the video which has been watched over a million times since it was uploaded last week. It’s not hard to see why, not only is the film funny, it also highlights the language we use when we speak to children. When you see an adult being spoken to like that, it seems rude and yet this is how most adults speak to young children.

The video focuses on three friends who are sat together having a catch up. Only these friends each talk to each other using their mama voices (you know you have one) and are quite condescending towards each other. We see one actor berated for interrupting, her friend asks her to wait until she’s finished speaking. A few seconds later, one of the women is interrupted so her friends can ask her questions about her new shirt. All too often we interrupt children because we think what they’re saying isn’t important, or we simply feel that what we want to say takes precedent. And yet, we become annoyed if our children interrupt us.

Independence – Do We Take It For Granted?

One of the women is told she can’t pour more wine until she’s finished the wine in her glass (the horror!). She is told to finish it, then ask her friend who will then pour more for her. As adults we’ve taken independence for granted, but it’s something that young children battle for every day. When the friend tries to talk, she is told, “Don’t sass me!”

As is often the case with young children, the conversation is interrupted so compliments can be paid to the child. Small children are cute, it’s true, but it’s something that receives a lot of focus in our society. “What a cutie! Did you know you’re so beautiful?”

You Can Guide A Child Without Belittling Them

When a difference of opinions occurs, the conversation ends abruptly as one woman tells her friend to grab her stuff, it’s time to go. “Five, four, three, two, one. We’re going.” Can you imagine if adult social events ended that way?! And yet, so many playdates really do end just like that. This video will make you laugh but also make you think about the way you interact with kids.

It might just inspire you to make changes to the way you speak to children. Children may be smaller and less experienced, but they are our peers nonetheless. You can guide a child without belittling them, and you can advise them without being rude.

If you like funny videos, check out Batdad: Have You Discovered His Awesomeness Yet?

6 Reasons Why Women Can Be In Labour For Days

Breastfeeding A Sick Baby – What You Need To Know

Breastfeeding A Sick Baby – What You Need To Know