Have you been diagnosed with restless leg syndrome, or do you suspect you might have it?

Even if you had restless leg syndrome before pregnancy, what you’re about to read can help you to get fast relief.

When they become pregnant, most women anticipate the usual symptoms: morning sickness, backache, and a constant need to pee.

But what you might not know is you could also develop a condition called restless leg syndrome (RLS), which can severely affect your ability to sleep.

Restless leg syndrome occurs in about 26% of pregnant women and is characterized by a crawling, tingling, itchy feeling in their legs, particularly when they are resting.

To relieve the sensation, they often have an overwhelming urge to move their legs. The feeling can subside after the movement but comes back again.

Nutritionist and naturopath, Ross Walter, says that restless legs are mostly a result of deficiencies in some common nutrients.

In most people affected, it’s a magnesium deficiency, but for others, it may be due to low calcium.

Ross finds restless legs will disappear quickly with magnesium and or calcium supplements.

“Low magnesium can result in tight muscles and muscle spasms, which are typical for pregnant women. A lot of their nutrients go to the baby as the priority. So if the woman’s diet is not sufficient in some vitamins or minerals, the baby will be fine, but the woman may have symptoms. That’s why it’s so common in pregnant women”, says Ross.

Another theory is that iron deficiency can trigger some cases of RLS.

Iron levels naturally drop during pregnancy. A deficiency can disrupt the levels of dopamine – a brain neurotransmitter that controls muscle activity and movement.

Should too much dopamine be released, your brain causes your body to make unnecessary movements.

Folate is recommended as a supplement during pregnancy, taken to lower the risk of your baby developing spina bifida.

But folate has another important role: your brain needs this B vitamin to make dopamine.

Research from 2007 showed only 9% of women who took iron and folate supplements during pregnancy suffered RLS symptoms, compared with 80% of women who didn’t take them.

Women who have RLS before pregnancy might find the condition worsens, particularly in the third trimester, and becomes progressively worse with each subsequent pregnancy.

What Can I Do About Restless Leg Syndrome? 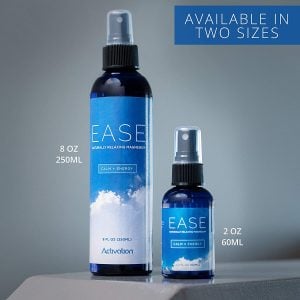 Start with some quality magnesium spray (or cream) for your legs. Don’t buy the cheap and nasties, they can contain impurities. Magnesium is readily absorbed through the skin, so you can also add magnesium salts to your bath.

Epsom salts contain magnesium, but if possible, opt for pure magnesium flakes and pop them in the bath.

In most cases, women need to utilize any number of non-medical treatments to relieve their symptoms:

Tips For When You Wake Up With Restless Legs

If you wake up with restless legs, you might like to try the following to alleviate the symptoms, and hopefully, get back to sleep:

For most women who develop Restless Leg Syndrome during pregnancy, it’s only temporary.

Unfortunately, it might be one of those things you have to live with, but usually, it peaks in the last month of pregnancy and disappears not long after the birth of your baby.

If RLS is causing you to struggle due to lack of sleep, speak to your care provider.

Hand Foot And Mouth Disease – What You Need To Know