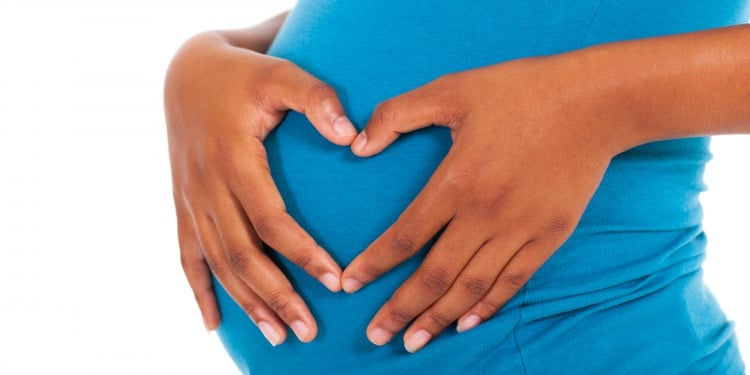 Are you wondering how to conceive a boy?

If so, I’m sure you’re interested in knowing the various methods said to stack the odds in your favour, when it comes to conceiving a boy. This is also known as gender swaying.

Various gender swaying theories have been around for decades.

These theories aren’t guaranteed for success and aren’t always backed by science (unlike some of our suggestions!).

But if you’re keen to learn all the theories about how to conceive a boy, it can’t hurt to try – you have a 50% chance either way!

How to conceive a boy

At the end of the article, I’ve included details of a more recent book to be published, which is based on scientific research about how to conceive a boy.

As far as BellyBelly is concerned, we believe the very best outcome is a healthy baby.

So it’s important to bear that in mind as you read about how to conceive a boy.

However, we do understand couples around the world have their own personal reasons for wanting to try for a boy (1).

How to conceive a boy – step by step

So you can get to the information you need faster, here’s a helpful list of what you need to know about how to conceive a boy:

How to have a boy – the basics

Before we jump into tips about how to have a baby boy, there are some important basics you need to know.

Therefore, the sperm that fertilises the egg will determine the sex of your baby.

So if you want to have a boy, you need to focus on the external conditions which make it favourable for boy sperm.

How to guarantee a baby boy

If you’re looking for methods to guarantee a baby boy, currently there are no known natural options to 100% guarantee the sex of your baby.

The only way you can do this is via artificial means, if your country allows sex selection in a fertility clinic.

However, if you’re not wanting to go down a clinical path, or if you’re unable to, your best chances at conceiving a boy are via the methods mentioned in this article.

What is the Shettles Method for conceiving a boy?

If you’re wanting to know how to conceive a boy, you may have heard of The Shettles Method.

Dr. Landrum Shettles, author of the best selling book, How to Choose the Sex of Your Baby, believes male and female sperm have a number of key differences.

Through research, Dr. Shettles reported to find male sperm to be weaker, smaller and faster than female sperm.

He also reported female sperm to be more resilient, being able to survive for longer periods inside a woman’s body.

However, some medical specialists disagreed with his findings, specifically that male and female sperm had any differences.

Dr. Shettles guidelines can be found in some of the suggestions below, along with other more current views about how to conceive a boy.

How to conceive a boy #1: Sex positions

Dr. Shettles believed deep penetration was important to give the boy sperm a head start.

With less distance to travel, the boy sperm would be able to out-swim the girl sperm, and find the egg.

The Shettles method claims that to improve your chances of conceiving a boy, you should have sex in positions that allow for deep penetration.

It may not sound very romantic, but the closer to the cervix the sperm are ejaculated, the more likely they are to find the egg faster.

The position most recommended for those who want to know how to conceive a boy is doggy style.

Doggy style allows for deep penetration, and is considered the optimum position in which to conceive a boy.

You should kneel on all fours, and have your partner enter you from behind.

You could also adjust this position so that you are kneeling or leaning over a raised surface, if you prefer.

Another position allowing for deep penetration is standing up.

According to some gender swaying experts, boy sperm are given an advantage in this position.

This is because male sperm can swim faster than female sperm, in the race against gravity to reach the egg.

While standing up, your partner may be able to lift you up, or you prefer to lean against a wall.

Another great position to conceive a baby boy is straddling.

The man should lie or sit up on the bed, chair, sofa, or wherever you choose.

The woman should sit on top, straddling him.

Straddling allows for deep penetration, but with the added benefit of the woman being in control.

If the man has a large penis, or if the woman feels discomfort when trying the positions mentioned above, she may prefer a position like this where she can be on top.

This will allow her to control the depth of penetration.

Want to know how to conceive a boy? You need to go bananas!

One study claimed a diet high in potassium and sodium favoured the conception of a boy (3).

“We were able to confirm the old wives’ tale that eating bananas and so having a high potassium intake was associated with having a boy, as was a high sodium intake.”(4)

This tip is believed to be one of the most important ones – which is the best day to conceive a baby boy after periods?

Because male sperm is the faster of the two, Shettles suggests having intercourse as close to ovulation as possible.

If you have sex several days before ovulation, the less resilient male sperm may die off.

This leaves more female sperm to fertilise the egg (5).

Not sure how to tell if you’re ovulating or not?

It’s a good idea to start charting your monthly cycle.

Also, around ovulation time, you can use ovulation test kits (like pregnancy test kits) to see if you’re ovulating.

Check out our article on signs of ovulation.

How to conceive a boy #4: Loose underwear is best for conceiving a boy

You may already know the underwear a man wears can affect sperm production (6).

So this is something you may not want to mess around with, especially if the male partner has fertility issues.

Tighter underwear causes to scrotum to reach a higher temperature, reducing the number of sperm.

Boxer shorts are the best underwear if you want to conceive a boy.

How to conceive a boy #5: Female orgasm is key if you want to have a boy

A popular theory is female orgasm plays an important role in how to conceive a boy.

Some sources claim that during female orgasm, an alkaline secretion is released into the vagina.

To increase your chances of having a boy, you should orgasm before your partner ejaculates.

Female orgasm is difficult for some women (and men) to achieve. A fantastic resource I recommend to those who want to become skilled in female orgasm is Jason Julius’ video course.

He offers some very effective tips for giving women amazing orgasms (according to … a friend). Opt in for the free video, and you’ll get details of his course. There is some strong language, but there is no nudity.

How to conceive a boy #6: The Babydust Method can help you to have a baby boy

is a more recent book on the market. Couples wanting to know how to conceive a boy need to read this book!

The Babydust Method, written by Kathryn Taylor, claims to be based on the latest, scientific research, and has a bunch of raving fans.

Kathryn has a Bachelor of Science in Microbiology, Immunology, and Molecular Genetics.

A combination of precise timing and frequency, which has been proven to work in a published clinical study, is also discussed.

Here are some of the many rave reviews from readers:

“I love the science behind this. After 3 girls my husband and I wanted to try one more time for a boy. We followed the very simple instructions and 2 weeks ago we found out we are expecting our first son!!! Highly recommend this book to couples.” – Ashleigh

“We were really hoping to give our son a brother and thought it couldn’t hurt to give it a try! We found out we were expecting after the first attempt – and we are getting another son! This book is super easy to read and it’s probably the easiest method you could ever try as well.” – Airanp

You can grab a copy from Amazon.

You’re more likely to have a boy if…

How to conceive a boy – references:

Q: How do you avoid a faint line pregnancy test result?

A: If you don’t want to feel disappointed by getting a faint line on your pregnancy test, patience is your friend. Wait to take the test until after your period doesn’t arrive.

Q: How do you conceive a baby boy?

A: In order to conceive a baby boy, there are various theories some people follow. One is to adopt a diet higher in potassium and sodium. Another is to schedule intercourse precisely before ovulation, in order to give the faster male sperm a better chance to get to the egg first.

Q: When should a baby start talking?

A: A baby should start talking anytime between 11 months and 14 months of age. They usually say ‘mama’ and ‘dada’ as their first words, although they could also say other words they hear often enough.

Q: Can you drink hot tea while pregnant?

A: Now that you’re pregnant, you might be wondering if you can still drink tea. Fortunately, you can continue drinking tea. However, opt for a herbal one. You should avoid teas that are known to contain caffeine, such as black tea and green tea.

Pregnancy Weight Gain – How Much Weight Is Normal?

Baby Sleeping Bags – Everything You Need To Know